[Editor’s Note: AuxBeacon has finally received an article on Civil Air Patrol’s Brig Gen Rich Anderson and his Virginia Assembly election defeat that can be published. Many of the other submissions were very angry and we didn’t want to heavily edit them. Thank you all for your contributions. Authors who want their stories and findings published should provide evidence in the form of documents, photos and citations and keep their writing as clean as possible as we have many cadet and parent readers.]

Good morning. I made revisions to what I submitted last week.

On Nov. 7 2017, after [failing in] a dirty political campaign, Civil Air Patrol icon Richard L. Anderson was soundly defeated for the 51st House District Delegate seat to the Virginia General Assembly. He held that seat, representing Prince William County in Northern Virginia, for four terms since his first election in 2009.

His campaign tactics appear to be taken from a playbook written by Steve Bannon and Alabama’s Roy Moore. The Richmond Times-Dispatch reported on October 24th that Anderson’s campaign deployed mailers that read:

These mailers, labeled as “authorized by Rich Anderson Candidate for Delegate,” included a photo of a man wearing a hooded sweatshirt and holding a blunt weapon. 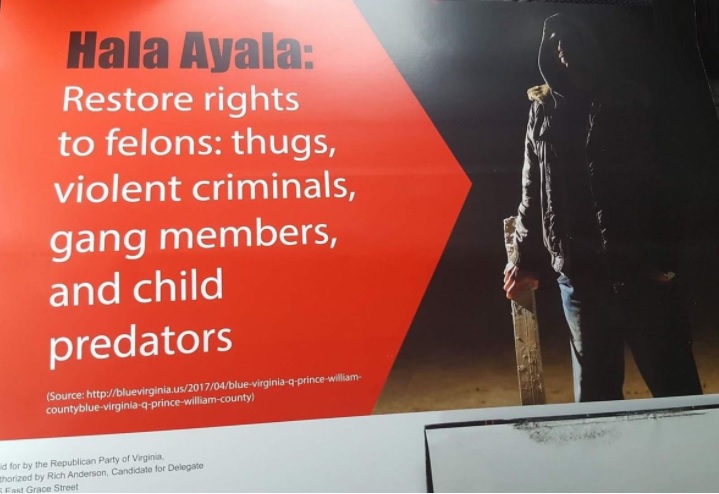 Ayala, who bested Anderson by 53% to 47%, told interviewers that “I think this is the lowest of the low that you can get. These are just downright racist campaign tactics.” As I am writing and continually revising this article, I find that I agree with her as do a few of my silenced friends who are members of Civil Air Patrol.

Anderson would not return a message asking for comment on the mailers. His campaign manager, Robert Granoski, told the Richmond Times-Dispatch that “The content within our mailer has been thoroughly sourced, and we fully stand by it. That’s all we need to say on this issue.”

“Del. Rich Anderson was swept into office as the Tea Party wave began. During his tenure in state government, Anderson sided with oil companies and has been vocal in his opposition to Former President Obama’s Clean Power Plan.”

Anderson’s voting and endorsement record was quietly circulated around the membership.

One older CAP member, who asked for anonymity, told me that:

“Those of us who have been around Civil Air Patrol since the ’90s and really know Rich Anderson can still see the residue of phony tactics he used back then, both in the Air Force and Civil Air Patrol. As an example, PotomacLocal released a story titled Ayala upsets Anderson in the 51st District that states:

‘Anderson is a retired Air Force General who focused on veterans issues.’

The unnamed author, who appears sympathetic to Anderson, got this wrong but Anderson’s personality does reinforce the misconception. After 30 years of service with the Air Force, Rich retired in 2009 as a colonel. The toy rank of Brigadier General was only bestowed when he became Civil Air Patrol’s National Commander of bling-dings in August 1993.”

Another CAP member was eager to remind the public, also anonymously, that

“Anderson may look impressive in the Aircraft Ground Handling video with his sage green flight-suit, but he’s not much of a pilot. You will find that he only holds a certificate for Airplane Single Engine Land. Anderson was not an Air Force pilot, but a Titan II and Minuteman II missileer in the heartland.”

Older Civil Air Patrol members often remind the new recruits that Rich Anderson, as a former National Commander, had the lowest Civil Air Membership numbers in recent history. He is the one who advanced Paul Bergman, James Bobick, Richard Bowling, Dwight Wheless and Antonio Pineda. Anderson is one large reason that the Civil Air Patrol has declined and tanked in reputation.

To that point, CAP Col Regina Aye is Civil Air Patrol’s North Central Region Commander. She’s a Spaatz cadet who went on to become… a community college graduate. She studied at Allen Community College before moving on to first job there as an administrative assistant. From there, she advanced to “administrator” at the same community college.

“My career at Allen has kind of mirrored my Civil Air Patrol career,” Aye said. “With CAP, I started as a cadet and moved up over the years to different positions. I’ve done the same thing at Allen. I started out as an administrative assistant and now I’m an administrator, so I’ve kind of moved through the whole system.” 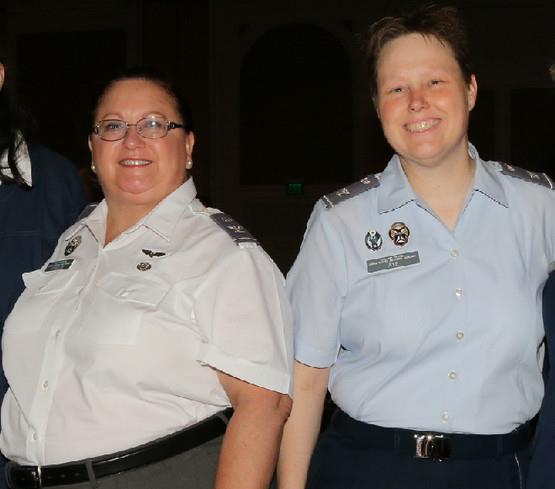 Another incredible Spaatz cadet “success” story! What does Rich Anderson have to say on Regina Aye’s incredible success?

“Aye’s leadership skills have impressed me since the 1980s, when I first met her during a visit to a Kansas Wing activity.”

Some CAP members deride those who anonymously share news of Civil Air Patrol corruption and abuse as if they are cowards. Nevertheless, these findings of molestation, abuse, intimidation and reprisal reported in the legal system and in the media are still facts. They don’t become any stronger or weaker based on who is sharing them.

Officially, Civil Air Patrol’s policy is that members who are not PAOs and issuing the approved corporate line cannot communicate with the media. On March 23, 2015 [CAP] Colonel Jeffrey Wong reminded our Hawaii Wing members and the Hawaii Free Press of this fact with threats of disciplinary action for exposing the Civil Air Patrol document forgery of Eduardo Zayas and the ensuing reprisal of resource shuffle. To comply with CAP regulations while sharing already public news of the disgrace, members are required to be anonymous.