[Editor’s note: We apologize for the delay in releasing your story. Our servers came under duress from the nation of Turkey during President Trump’s enabled military attack on the Kurds in Northern Syria.  This is a good article  and as the author predicted, Abraham has lost the election.  We expect this content to be revisited with regard to future Civil Air Patrol political assets.]

Salutations from Mobile Alabama, the true home of Mardis Gras. Sent this twice, do hope this gets to you in time. You don’t appear to be checking for contributions?

Poorly credentialed Civil Air Patrol commanders have been wrapping themselves in Old Glory and Air Force blues for decades so as to add weight to their ignorant words. Failing miserably in that tactic, Civil Air Patrol legislative squadron commander Ralph Abraham has now swaddled himself in the robes of one fabled itinerant Jewish Rabbi who looks too much like Apollonius of Tyana to be dismissed by white farmers. In his latest campaign video, Congressman and gubernatorial candidate Ralph Abraham reminds voters in the rural counties of Louisiana that he is a [blink] Christian.

“I’m a Christian and my faith in Christ guides everything I do.”

I can tell you straight-away that this is false. At his age, if Ralph Lee Abraham had followed the words attributed to Christ, he would have obeyed the command of Mark 12:30-31 to “Love God with all his heart and with all his soul and with all his mind, and to love his neighbor as himself” so as to find the origins of Christianity and Judaism in Persia, Greece, Egypt and in Babylon and Sumeria just as Martin Luther King Jr. had done in 1949. 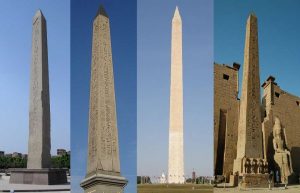 If he had followed that greatest command, Ralph Abraham would know how US leaders justified their rejection of Romans 13 in their 1775 rebellion against King George III. More so, he would be helping to share that New Testament knowledge about Mithraism, Egypt and Mesopotamia with both sets of oppressed and poorly educated brothers throughout the state of Louisiana. I call his and your attention to Matthew 13:11-12 to show just how far Abraham has missed the mark in this knowledge test.

Instead of helping rural Americans to learn, Abraham is using dog whistles to pander to low information and high emotion voters in the state of Louisiana. 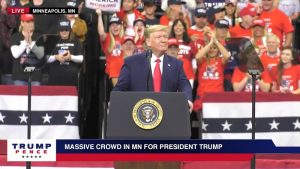 Christian Ralph Abraham will soon stand next to Donald Trump who just now told an audience in Minneapolis the following:

It’s not true.  Hunter Biden was involved with the cross-border equity consortium in question, but the $1.5 billion was what the fund hoped to raise in 2014 for investments. It is not the value of the management company in which Hunter Biden now holds a minority share.

In a role that used to be leader of the free world, Donald Trump’s lies and gutter language is hardly Christian and most certainly not a viable strategy for any lasting American victory in the 21st century.

I predict that Ralph Abraham will be eliminated in this Saturday’s election and that his shameful manipulation of Civil Air Patrol and Christianity will one day lead to his exit from national politics.

Thank you for your attention.