[Update 24 Oct: Another entry on glassdoor was added on the 23rd, misspelling aircraft as Air Craft Mechanic.]

[Update 20 Oct: A reader has commented below on their research findings to improve this story. They expose glassdoor.com as a tool of MarkMonitor Inc, which is a paid service to manage public perception of a company’s brand. Civil Air Patrol’s need for such services is, of course, funded by member dues hikes, third party promotions and other volunteer fundraising efforts, such as Wreaths Across America.]

[Update 19 Oct: The author of this emailed article has sent in additional screen-shots and revisions.]

[Update 18 Oct: A reader observes that Civil Air Patrol goes beyond cheerleader up-voting on the web, but also pressures the media to omit their name from negative current stories (Deatsville/Lagrange) and to delete older stories that show corruption or incompetence or abuse in Civil Air Patrol.]

[Editor’s note: We received this email a few days ago, complete with pictures, exposing what Civil Air Patrol volunteers, possibly cadets under the influence of seniors, are doing at the GlassDoor employer review website. Their objective appears to be to bury negative coverage of the recent sex scandals, arrests and departures from the organization. We checked it out, and IceMan seems to be on to something.]

Just recently, after the Civil Air pedophiles were exposed in Prescott and in North Carolina along with the back-to-back [news] on Don Rowland, life at CAP Maxwell, alleged accusations against John Salvador, and the $12 Million judgement against Civil Air Patrol Glider Pilots…

many positive reviews on CAP have appeared in rapid succession at the employer review website known as GlassDoor.

Your readers can see this recent “hose” of fake positive reviews for themselves. This is similar to how the urbandictionary definition of Civil Air Patrol was “managed” when they found the original entry to be very negative. Scroll down through the history definitions to see the game they played.

Paid organizations and volunteer members are willing to compromise their integrity to work an amateur media blitz for the organization’s abusive volunteer leaders in exchange for money or free flying, training in survival and land navigation, letters of recommendation, etc.

I am sending you the following images as evidence of what we found. It is unlikely that so many FULL-TIME paid employees would be deciding to make comments on this series of dates immediately after Civil Air Patrol’s “alleged” sex scandal exposure on CAP Insights and on News of the Force. Oct 18, Oct 13, Oct 11, Oct 10, Oct 6, Sep 11, Sep 11, Aug 25 and on and on. In short, they are lying and using Glass Door as a medium for their grass-roots internet marketing campaign. The use of these fake reviews is clearly a violation of Air Force and Civil Air Patrol Core Values: Integrity, Volunteer Service, Excellence, and Respect as the ethical framework for CAP’s service to America. 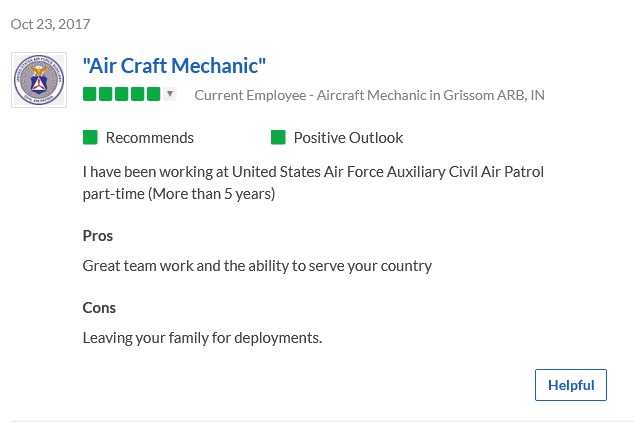 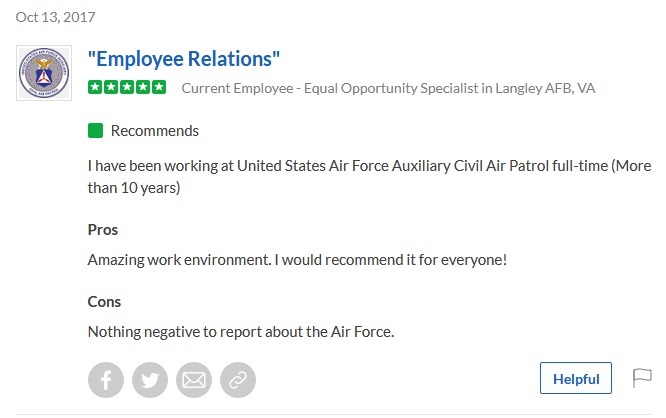 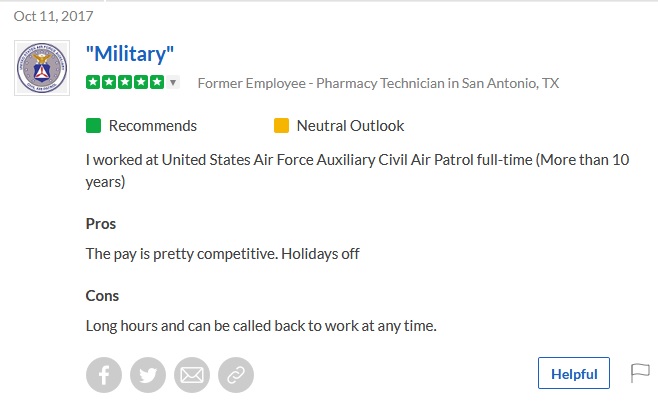 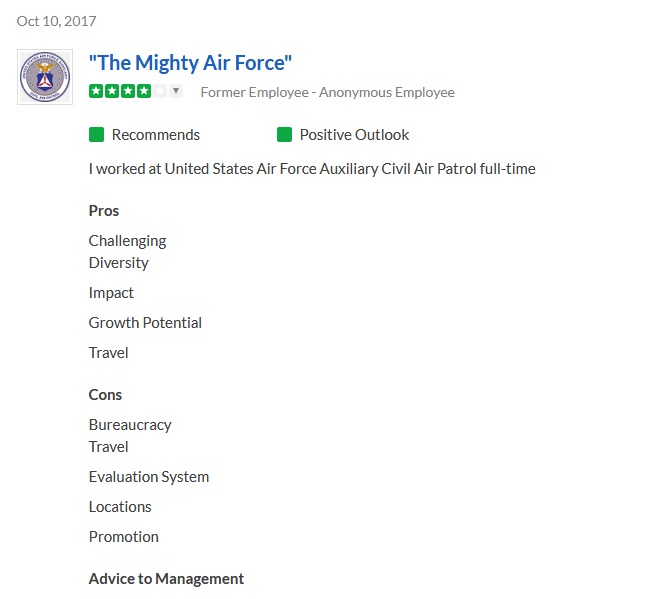 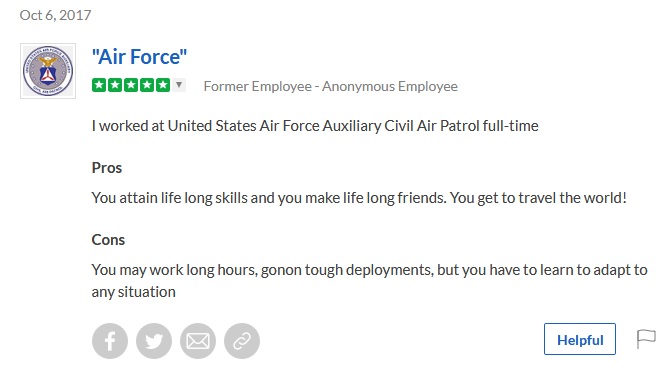 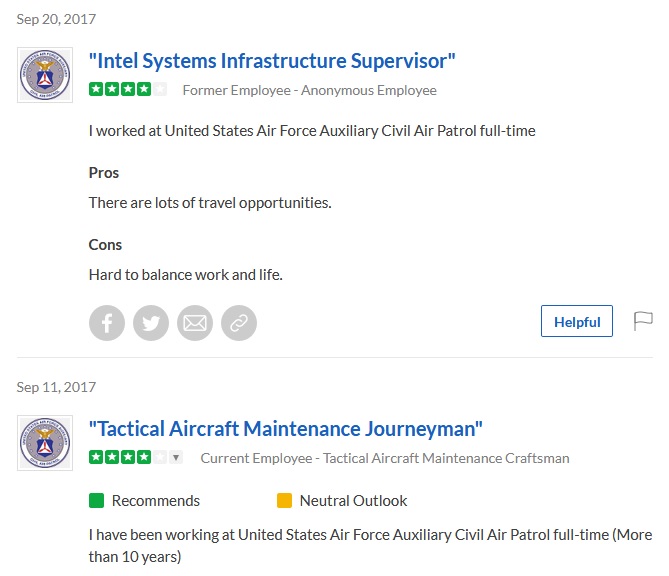