[Editor’s Note: We received an anonymous tip regarding this crash. Thank you for your contribution. This CAP plane crash in Wyoming was attributed to pilot error.]

An experienced Jackson pilot died Friday, November 18, 2005, after his small plane apparently clipped a river gauging wire in the Snake River Canyon, flipping the plane and causing it to crash into the river.

Fletcher F. Anderson, 57, died on impact when the CAP Cessna 182R [N9928H] hit the thick cable, which is strung between trees low on the river to gauge river height. Anderson was flying the plane close to the water through the canyon on his way from Jackson to Afton. The plane went down near Wolf Creek, about 10 miles north of Alpine.

Anderson was the sole occupant of the four-seat aircraft. 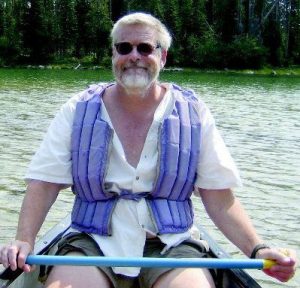 The crash happened at 8:55 a.m. An officer from the Wyoming Highway Patrol was on a routine traffic stop in the area when he heard a “strange sound” coming from the river canyon, according to Lt. Tom Kelly, division supervisor of the patrol.

The sound of the plane flying through the canyon “caught his attention,” Kelly said, and he “went over (to the canyon side of the highway) because it sounded unusual, and he found what he didn’t want to find.”

Rescuers said Anderson died on impact. Officials did not know why he was flying low in the canyon.

Anderson was a member of the Civil Air Patrol and was flying to Afton to pick up Doug Henry, also of the CAP and a member of Star Valley Search and Rescue, for a training flight.

“He was a very experienced pilot and a very good flight instructor,” Henry said. “It’s a huge loss to the Civil Air Patrol and the Jackson squadron.”

The Forest Service closed boat ramps in the area as the National Transportation Safety Board ordered the wreckage to remain in the river pending investigation. The plane was tethered to a tree in the canyon, and was blocking much of the river channel.

Anderson was an experienced river runner, having written a book about rivers in the Southwest and Colorado. He also wrote “Flying the Mountains,” a training and safety guide about flying single-engine aircrafts in mountainous regions. He was a flight instructor and worked as a corporate and charter pilot.

Anderson was a senior member of the Wyoming CAP Wing’s Teton Composite Squadron. The Wyoming Wing has 15 squads, headquartered in Cheyenne, with more than 300 volunteer members.

The CAP is the official auxiliary of the U.S. Air Force and conducts search and rescue operations and aerospace education, among other duties.

From the National Transportation Safety Board:

NTSB investigators either traveled in support of this investigation or conducted a significant amount of investigative work without any travel, and used data obtained from various sources to prepare this public aircraft accident report.

The Civil Air Patrol (CAP) pilot was en route to administer a checkride to another CAP member. A state trooper had made a traffic stop on U.S. 26 at milepost 125. While he wrote the ticket, the violator saw an airplane fly past her position in a canyon following a river. She told the trooper what she had seen and said the airplane was below the highway and treetops. Shortly thereafter, the trooper located the inverted airplane submerged in the river. The trooper said there were no clouds in the sky and visibility was unlimited. Investigation revealed the airplane had struck and severed a 7/8-inch SSC (stainless steel conduit) EEIP (Extra Extra Improved Plow) braided cable.

The cable was used by the United States Geological Survey (USGS) to monitor river flow and depth. The length of the cable (from support to support) was 324 feet, and had a “breaking strength” of 80,000 pounds. It was anchored in concrete blocks approximately 30 feet above the river’s surface. Slack placed the cable about 25 feet above the surface at midspan (lowest point). Evidence indicates the airplane struck the cable at about the 107 foot mark. The cable broke about 6 feet from the anchor on the other side of the river.

Probable Cause:
The pilot’s intentional low level flight/maneuver. A contributing factor was his exercising poor judgment.