[Editor’s Note: Multiple comments and contact submissions have come in this evening about the arrest of yet another Civil Air Patrol officer in a teen sex abuse story. Air Force Chief of Staff David L. Goldfein may be lamenting his pilot shortage, but any hope he places in Civil Air Patrol is ill-advised. Thank you for your contributions.]

AuxBeaconeers, this story is just breaking.

A high profile Civil Air Patrol Commander from Stanwood, Washington has been arrested for allegedly sex trafficking his teen babysitter.

CAP Major Mark Norton reportedly met his alleged victim in 2007, when he was 33 years old. She was a 16-year-old cadet in the Paine Field Squadron of Washington Wing Civil Air Patrol. In 2008, he asked her to babysit his children and soon began grooming her. He was able to cajole the young cadet into having sex with him and moved her into his basement. His spouse uncovered the relationship in 2009 and divorced him.

Detectives revealed that Major Norton led his cadet to prostitution with “clients” found online, keeping the money for himself. The girl was even led to marry his immigrant barber, who was in need of a green card.

[Editor’s note: Major Norton gained minor celebrity in Civil Air Patrol for his work in a recruiting video that disgusted former members of Civil Air Patrol have captured and sent to us. He most recently served as deputy commander of the Washington Wing’s Northwest Group.] 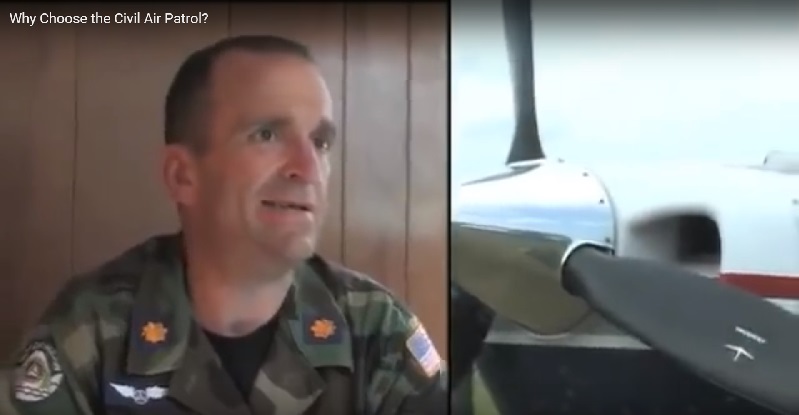 In response to this event and AuxBeacon’s continued reporting, Civil Air Patrol has issued a statement saying Norton — a major who most recently served as deputy commander of the Washington Wing’s Northwest Group — was immediately suspended from its membership. (Each state is considered a “wing.”) The statement says all members must undergo an FBI background check and Norton was most recently cleared for membership in October 2017. All senior members also undergo training in accordance with the Patrol’s cadet-protection policy, the statement says.

[Editor’s note: One reader is eager to point out that an anonymous contributor who provided the text above has copied and tweaked the passage from the Seattle Times. Our entire site is non-commercial news aggregation and discussion to solve an urgent problem of revealing the truth of claims of near racketeering, political grooming, sexual molestation and whistleblower abuse in our nation’s Air Force Auxiliary.]

Because this Civil Air Patrol major has confessed to what he has done, a cadet suggested replacement of the word “allegations” in the title with “confession”.

All of this is coming out right before legislative week too so that Kirsten Gillibrand, Kamala Harris, and Alexandria Ocasio-Cortez will be sure to find out where their future opposition is being indoctrinated.