[Editor’s Note: This recent CAP history story came to us from a Utah Wing member who is disturbed by the actions of two Utah Wing Civil Air Patrol members. In violation of CAP Regulations, a Civil Air Patrol cadet’s Twitter feed mocks molestation arrests and a suicide plane crash in the program.]

The original story ran on September 14th 2017 and reported that Alexander Clifton Winward was facing eight counts of aggravated sexual abuse of children, according to court documents. 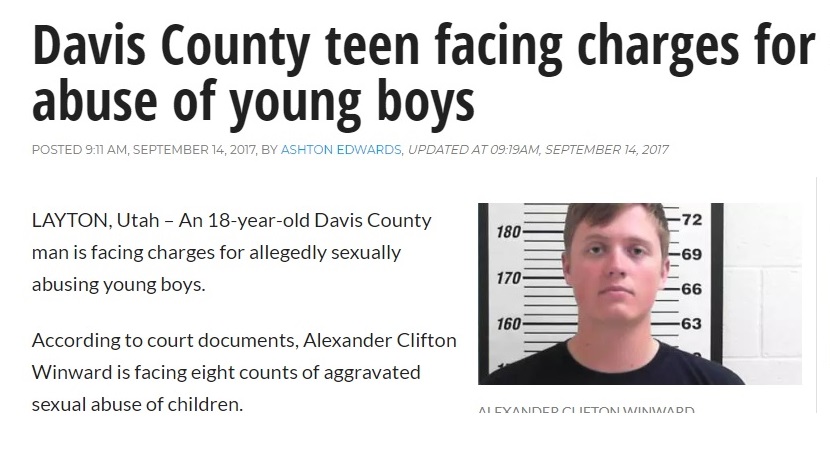 Winward was accused of touching the genitals of three 7-year-old boys on multiple occasions between April 1st, 2017 and May 25th, 2017.

In some instances, the young boys would have to allow Winward to inappropriately touch them before they could play on an X-Box, according to court documents.

The Swivel Chair Patrol account revealed that Winward had been a Civil Air Patrol cadet with the following tweet:

“When the 12 year old basic male cadet in your basic flight turns you on at your basic encampment so you molest young boys two years later.” 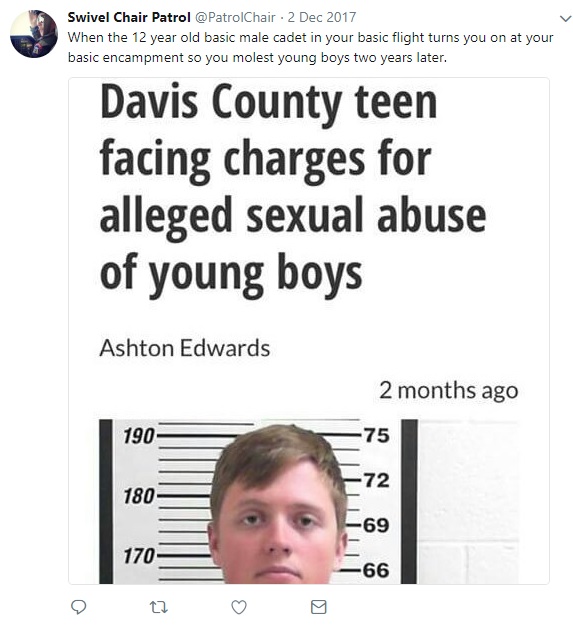