• 130-page songbook contains 70 songs with titles including Pubic Hair & The Kotex Song as well as Bestiality
• One of them, The S&M Man, is set to tune of The Candy Man & graphically describes sexually mutilating women
• Revealed in lawsuit filing by four sexual-assault victims who want to stop the practice of sexual assault allegations within the military being handled entirely within the command structure

A book of songs used by the U.S. Air Force contains horrifying lyrics about rape, pedophilia and homosexuality.

The unofficial 2012 paperback book was revealed by a plaintiff in a lawsuit filed by four sexual-assault victims who want to stop the practice of sexual assault allegations within the military being handled by commanding officers.

Former Tech Sgt Jennifer Smith, who said she was sexually assaulted by a fellow airman in Iraq, brought forward the songbook and she had filed an administrative complaint over the book in 2012.

But Smith said the general assigned to address her complaint also sang the sexist songs with the airmen regularly and she did not hear back from him.

VERSE FROM BYE BYE CHERRY IN THE BOOK

Set to the tune of Bye Bye Blackbird:
Back your a** against the wall, here I come b**** and all, bye, bye cherry.
I know I ain’t got a lot, but what I got will fill your t***, bye bye cherry.
I took her to my cottage in the wild woods,
And there I took advantage of her childhood.
Oh my God, it was nice, cherry bye bye.

The complaint alleges some of the most disturbing content is found in the songbooks of the 55th, 77th, and 79th fighter squadrons of the Air Force, reports ABC News.

The 130-page songbook contains 70 songs with titles including Pubic Hair, The Kotex Song and Bestiality.

One of them, The S&M Man, is set to the tune of The Candy Man and describes sexually mutilating women and dragging AIDS victims behind a bus.

Another one of them comes with the warning: ‘THIS SONG IS ONLY FOR A VERY FEW SICK PEOPLE!!!!’

A section of the book reads: ‘This book is our thoughts, our songs and our games.

‘Lesser individuals who have never strapped their a**** to a piece of flaming metal will considers these of little or no redeeming value.

Because of this, the songs contained in this book are held as sacred by those of us that have.’

It is stamped with the playing-cards logo of the 77th Fighter Squadron, which is based at Shaw Air Force Base in South Carolina.

In a press conference Tuesday on the lawsuit, Smith said co-workers mocked and harassed her after she complained.

‘Six officers were punished in my case. All the officers received nothing more than a piece of paper reprimanding them for their behavior. All will still lead. All will oversee airmen and sexual assault claims.’

In her original complaint, Smith also said she was sexually assaulted by her master sergeant in Germany.

Smith escaped that assault when several other airmen intervened.

Retired Air Force Col Don Christensen, president of Protect Our Defenders, an advocacy group for military sex assault victims told Stars and Stripes: ‘This is something that is used by Air Force officers today.

‘These are the commanders who sing songs about raping women as fun.’

The book is bound to look like an official Air Force publication – the bottom of its pages are labeled ‘For Unofficial Use Only.

Air Force spokeswoman Capt Brooke Brzozowske didn’t comment on the lawsuit itself to ABC News, but said the book was from 2012, before the Air Force initiating a health and welfare inspections program where such materials would have been confiscated.

She said the Air Force had contacted the Inspectors General to make sure the books were not still in use.

She told Stars and Stripes that as a result of a 2012 six-month investigation there were 16 allegations against eight officers at Shaw Air Force Base who failed to prevent or investigate sexual harassment, condoned or refused to remove sexually offensive material and tolerated on-duty alcohol consumption.

In 2014 there were nearly 6,000 victims of sexual assault in the U.S. military this year, up eight per cent from last year, according to a study.

The Pentagon report, based on an anonymous survey and shared with the Associated Press, also found that retaliation remains an ongoing problem in stern military culture that emphasizes rank, loyalty and strength.

Indeed, 60 per cent of the women who reported some type of unwanted sexual contact complained about social backlash from co-workers or other service members.

Under fire from Congress, Pentagon leaders and the White House, the military services have launched programs to encourage reporting, provide better care for victims, step up prosecutions and urge troops to intervene when they see others in threatening situations.

Congress continues to press for an overhaul of the military justice system to change the way that sexual assault cases are handled. 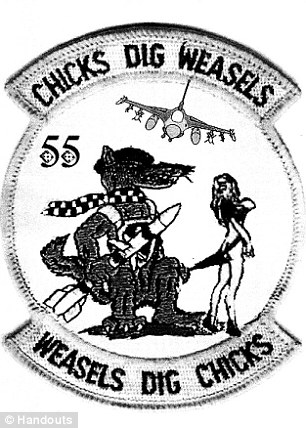 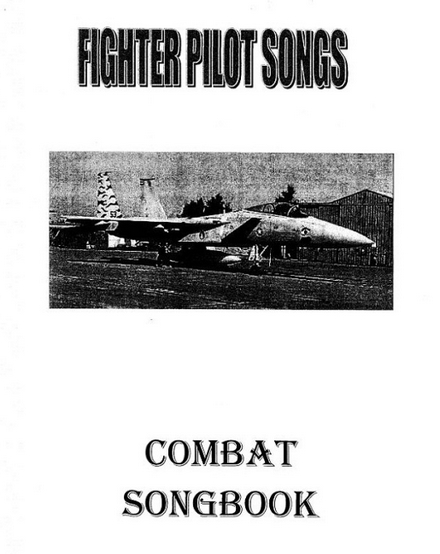 Be first to comment on "USAF Songs of Rape & Pedophilia"