Maj Gen Timothy Leahy, commander of the Second Air Force, stated in a 30 November email that 15 officers and 5 enlisted airmen will be picked for a new six-month pilot training program.

“Enlisted volunteers will be pioneers in innovating Air Force aviator recruitment, selection, and training processes by demonstrating the potential of non-college graduates to succeed in a rigorous pilot training environment,” Leahy wrote. “This program will provide data to [Air Education and Training Command commander Lt Gen Steven Kwast] on the potential for enlisted members to train to fly modern combat aircraft.”

Enlisted candidates who succeed and become students will fly in the T-6A Texan II trainers.

“AETC chose to focus on flying training because of the urgency involved with the enterprise,” said Air Education Training Command Marilyn Holliday who confirmed Leahy’s email. “However, our focus is on how airmen learn, not necessarily what they learn, exploring technology and how that technology can produce better and faster learning,” she said.

The Pilot Training Next Initiative will create a training detachment in Austin, Texas. Instructors will “leverage existing and emerging technology” to train these students. 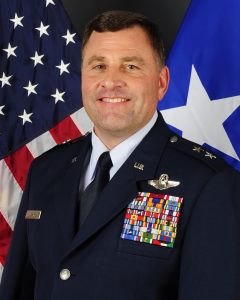 Be first to comment on "USAF Seeks Enlisted Combat Pilots"