[Editor’s Note: We received an anonymous tip regarding this crash. Thank you for your contribution. This CAP plane crash in Alabama was attributed to pilot error.]

Reports started streaming in to local emergency officials just before 8 pm on Monday that a Civil Air Patrol Cessna 182T, N784CP plane was missing, prompting a large response in an effort to locate the plane. After hours of searching, officials announced that the wreckage had been found and two lives had been lost.

His wife Eleanora told AL.com that her husband was “a good man and a caring person.” He graduated from Harvard Medical School and had been flying for 50 years. Mauritson’s mother taught him how to fly, and he taught both of his adult children. He helped fly angel flights as well other humanitarian missions. Eleanora said that her heart goes out to the Dryden family after the tragic accident Monday night. “I know what they’re going through,” she said.

Mauritson flew as a volunteer pilot for Mercy Flight Southeast, based in Leesburg, Florida, and for South Wings, an aviation-oriented conservation group. He was a certified flight instructor with 50 years of flying experience.

He was chairman of the Awards Committee of the Flying Physicians Association, previously served as its president and received the group’s Distinguished Service award in 2004. A lawyer as well as a physician, he also belonged to the Lawyer-Pilots Bar Association.

“He was an admired pilot who flew over 11,000 hours and was a certified instructor.Taught to fly by his mother who was also a certified flight instructor, David passed along his passion for flying to his children and was their instructor as well. His compassion and commitment to our cause to get people to far from home medical care will be sorely missed. Our sincerest condolences go out to the Mauritson and Dryden families.”

Mercy Flight Southeast’s network of 650 volunteer pilots provides free air transportation to life-saving medical appointments for people who otherwise could not get there.

Dryden’s son Gene posted several pictures of his father with planes and boats, a testament to the time they spent together and how he will be missed. “In memory of a man I am proud to call my father,” he captioned the photos. “I will always miss you, and I will never forget you.”

Dryden joined CAP on November 3, 2015 and gained certification in emergency services and trained as a mission scanner. He served as the Mobile squadron’s assistant operations officer. 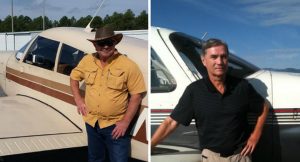 The crash’s cause is still under investigation.

Keith Holloway with the National Transportation Safety Board said the agency’s investigator arrived in Mobile early Tuesday morning, ready to begin an investigation into what brought down the small plane.

“It was found in a heavily wooded area near Mobile Regional Airport,” said Holloway.

Holloway confirmed the flight was a Civil Air Patrol flight and the Cessna 182T, N784CP was used with the program.

They also help with charity and humanitarian flights, which they were doing on Monday night, according to DeBardelaben. The pilot bears the expense of the fuel, maintenance and related costs for such flights.

Airport Authority confirms two deceased in plane crash Mobile Airport Authority confirms that a crashed plane located near the airport had no survivors. A pilot and passenger were in the plane, returning to Mobile after a charity flight. Mauritson’s mother taught him how to fly, and he taught both of his adult children. He helped fly angel flights as well other humanitarian missions. 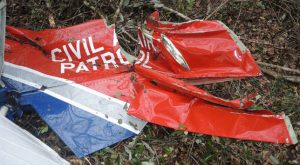 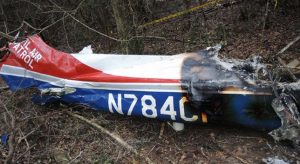 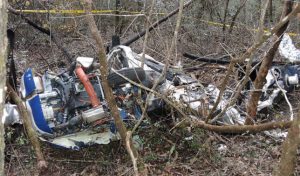 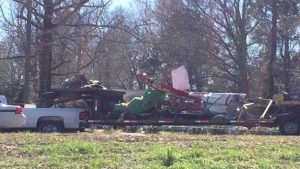