The Breakfast Club, released in 1985, has been hailed as one of the greatest high school films of all time. Its popularity has led to numerous re-releases and special editions on home media. Last year there was even a 30th anniversary theatrical re-release, which I attended and re-lived my youth with dozens of other middle aged folks. I laughed, I recited lines, and it was a good time.

In recent weeks my high school, Ooltewah High School in Ooltewah, Tennessee has made the news both locally and nationally because of a horrific act of sexual assault and hazing that took place on a basketball trip. The assault was horrific, but I’m shocked at the level of surprise people expressed in the wake of it. Like many I was sickened and disgusted when I heard about three varsity basketball players subduing and penetrating a younger boy with a pool cue, but I wasn’t shocked.

There are many lines of The Breakfast Club that I knew by heart, such as Anthony Michael Hall repeatedly saying “Who are you?” with emphasis on different words. There were also parts I had forgotten. State champion wrestler Andrew Clark (Emilio Estevez) was in detention that morning for having taped the buttocks of another student together resulting in most of the skin being torn off when the tape was removed. It wasn’t a pool cue penetrating the rectum, but it was a story of an outrageous sexual assault hazing of another student. It was also completely believable in the context of the film. The punishment of a Saturday morning detention was completely believable too.

For many years Ooltewah Middle School was plagued by rumors about a teacher alleged to be a serial child molester. Reporting by WGOW and Nooga.com has shown that this was largely true. Rumors and gossip about these actions were openly spread and discussed among the students. I cannot imagine we were nearly as good at keeping secrets from teachers as we thought. The same rumors were likely known to the faculty as well. I remember one teacher telling me that she knew about the teacher –whom she described as her “buddy”- having a drawer full of Playboys in his office. His punishment for damaging the lives of many boys was an early, if involuntary, retirement.

When an athlete sexually assaulting another student and receiving Saturday detention is a part of beloved popular entertainment, and a believable story; can we really claim to be shocked by the story coming out of Ooltewah? When a school system has a history of tolerating or pretending not to know, about a teacher victimizing students can we really be shocked by the story developing in Ooltewah?

I never participated in scholastic sports, partially because I was afraid to play football given the aforementioned rumors. I was a cadet in the Civil Air Patrol. I recall a trip my squadron took to a National Guard training area. During the evening in the male barracks, boys were brought out in to the hallway one by one and handcuffed. The handcuffed boys were then made to straddle a thick handled commercial broom and were lifted off the ground and bounced up and down on it vigorously. A combination of the narrow hallway and the audience precluded anyone from falling off or dismounting until the instigators were done. They also ensured the broom remained placed to hit the boys’ genitals. This was all regarded as “normal”. The trip was also well chaperoned by both senior members of the CAP and National Guardsmen. At least one of the people who introduced this “game” was a National Guardsmen intended to be a chaperon.

The story coming out of Ooltewah today is disturbing, disgusting, criminal, evil, and a host of other things. It is not –however- new, unusual, shocking, or even mildly startling. It is the same story that has been told for decades. It is the same thing that has always gone on and been tolerated by “responsible” adults in youth programs. The Breakfast Club isn’t the only example of popular film, television, or written fiction whose plot includes hazing violence. These things do not appear in realistic fiction because they are outlandish or fantastic. They show up because so many people in the audience will find them relatable and believable.

We want to appear shocked, we want to believe these things are surprising. If events like those at Ooltewah were known when we were young and when our older siblings and even our parents were young, then the reasonable assumption is that they remained realities for our younger siblings and remain so for our own children. Being shocked and surprised allows us to pretend that the fault for these events falls entirely with someone else. The culpability of the boys perpetrating the assault cannot be denied. The guilt of coaches charged with chaperoning these boys is not in doubt. But what are the rest of us guilty of when our public employees and the children we raise continue the same patterns of violence and abuse we knew in childhood? 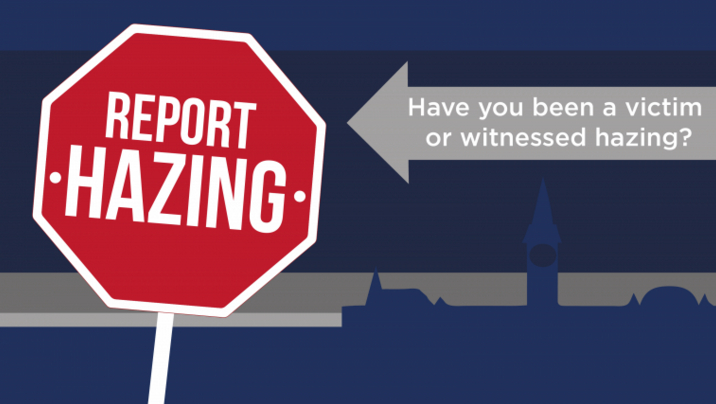 Be first to comment on "Tennessee Wing Cadets Handcuffed & Hazed"