[Editor’s Note: Every so often we receive a slam dunk of a contact story that is calmly written and better organized than we have right to expect from mere volunteers. This one exposes how desperate Civil Air Patrol has become to invent its own good news to shout down current stories of pedophiles, pilots and plane crashes. Somewhat sadly for Congressman Barry Loudermilk, our editors unanimously agree with this piece because of the author’s thorough presentation of details. Thank you for the contribution.]

Here’s one for your “AuxBeacon Files” that should blow minds at just how much excrement the Civil Air Patrol leadership believes it can feed to the Air Force (Heather Wilson), to the American taxpayer and to its captive membership.

A few days ago, my friend attended Civil Air Patrol’s low-turnout 2018 Southeast Region Conference at the Crowne Plaza Peachtree City, Georgia. He witnessed a pathetic Maj Gen Mark E. Smith award the CAP Silver Medal of Valor to Lobby Squadron member Lt Col Barry Loudermilk for a “revisionist spin” of his actions during the 2017 Congressional Baseball Shooting.  By accepting Civil Air Patrol’s highest honor after admitting to running behind a concrete restroom to stay down until the shooter was neutralized, Loudermilk further devalued the award and himself as a patsy for those controlling him.  All who live in Georgia’s 11th district can “hear” Hayden Collins rolling his eyes on the Hayden Collins Radio Show.

CAP members have been angrily slamming both Smith and Loudermilk in a secret group and we hope that your site can amplify member outrage over this circle-jerk of a publicity stunt. In addition to the walk-through below and the photos from the conference, we are providing snapshots of the commentary. If you publish the comments please redact their usernames to protect all who helped us assemble this story.

The 2017 Congressional baseball shooting took place on June 14th 2017 at Eugene Simpson Stadium Park in Alexandria, Virginia. By 6:30 am, 24 Republican congressmen had gathered at the park to practice for the next day’s Congressional Baseball Game for Charity, an annual and bipartisan tradition held since 1909. Three Capitol Police officers were posted behind the first-base dugout to protect House Majority Whip Steve Scalise. Practice had been underway for roughly 30 minutes when left-wing activist James T. Hodgkinson opened fire on the congressmen with an SKS rifle shortly after 7:00 am.

By 7:09 am, the Alexandria Police received a report of shots fired and two of their officers arrived within three minutes to join the gunfight. Witnesses estimated that the entire event lasted about 10 minutes before Hodgkinson was shot by two Alexandria Police and two Capitol Police officers.

Loudermilk in His Own Words Immediately After the Event

“Today’s attack was a senseless act of evil and hatred. I was there this morning, along with my Chief of Staff and, thankfully, he and I are okay. If it hadn’t been for the two Capitol Police officers there, courageously protecting us and returning fire, I don’t know how many of us would still be here. Many of my good friends were injured today. Please pray for those who were shot, and their families. There were a lot of heroes out there today, and I’m thankful for God’s provision and protection.”

Loudermilk also gave a detailed interview on that day that was published by the Atlanta Journal Constitution. In this interview, Loudermilk never mentioned any quick-thinking action on his part or any Civil Air Patrol training that helped in the events of the day. He stated very clearly that he ran and “jumped behind a shack that was there” and “behind a concrete restroom” and “stayed down” until after the shooter had been taken out by police. Loudermilk also stated that after the female officer was immobilized, it was the other male officer who “distracted the gunman to draw fire” from the rest of the [Congressional] members.

00:48 So we all start running out to the first base side. I go outside the field and
00:53 I’m running, I mean dirt is flying up by us from the bullets hitting the ground.
01:04 Some of the guys were diving in the dugout. Others got behind the dugout.
01:07 I went outside the field and jumped behind a shack that was there. Ummm.
01:44 Staff member Matt Mika… on the ground with a chest wound… was in bad shape.
01:57 So myself and most everybody that was with us then ran back
02:01 another 30 to 40 yards behind us was a concrete restroom and most members got behind that.
02:07 Me and the other guy stayed there to see if we could help Mika. Every time we tried to
02:11 move out to help him you know the shooting would begin again,
02:16 and so we stayed down.
02:41 So the other officer very bravely went and drew fire. He went around to the left
02:46 side to draw his fire away from the rest of us. I saw him get injured apparently
02:51 got hit by some shrapnel or something, but he stayed in the fight.
02:56 You know I’m trying to think what.. what can we do to help at this point
02:59 because every time we try to go out there he would shoot.

On February 21st 2018, Loudermilk published his own video of an address he made on the Sixth Month anniversary of the shooting to congratulate others whose actions helped him and his comrades to safety.

Rep. Davis and Sen. Rand Paul both confirmed that if not for the presence of the Capitol Police officers, the incident “would have been a massacre.”

The many stories you have assembled here have very effectively exposed Air Force and Civil Air Patrol abuses of power and funds along with their intimidation and defamation tactics to conceal. While our self-serving national commanders (Bergman, Bobick, Bowling, Wheless, Pineda, Carr, Vasquez) have always been a disappointment, the real problem is the gradual degradation of commanders and staff at the unit level. The events you reported on Jonathan Holder come to mind. Following each period of mass-exodus, the squadron and group is where all the newly recruited replacements are trained. Progress in rebuilding is slowed now because these many sites allow new recruits to uncover CAP’s dirty history. The new recruits are floored to find that many of the same people who created the mess are still posing an active threat in the organization. What can CAP do to offset these losses after being repeatedly caught in fraudulent and unsafe activity?

If, during the shooting, Congressman Barry Loudermilk appeared to have acted only in self-preservation, perhaps CAP con-artists could use the techniques of Perception Management to paint a more profitable picture? Could they rewrite history and back-fit the details into a Silver Medal of Valor citation to make a hero of a benefactor with influence on CAP funding? If they tried, would the captive membership and the public actually buy it?

The Award, Citation and Ceremony

According to Civil Air Patrol regulations the Silver Medal of Valor is CAP’s highest honor and is awarded for “distinguished and conspicuous heroic action, at the risk of life, above and beyond the call of normal duty.” 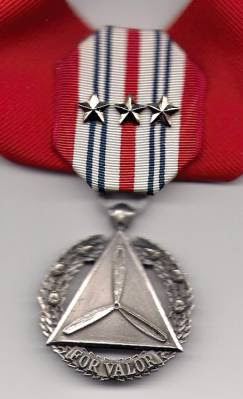 On June 2nd 2018 at the CAP Southeast Region Conference, both Civil Air Patrol and Loudermilk recalled a new, more inspirational CAP-spun story of his actions, but he never previously mentioned his Frostbite or any other CAP training until we all witnessed this pack of lies a few days ago.

The citation accompanying the medal singled out Loudermilk’s actions during the assault for distracting the gunman from firing on a first-base dugout filled with lawmakers and others, as well as the legislator’s “support” of a wounded congressional staff member.

Loudermilk was standing near home plate “when sounds of gunfire erupted from behind the third-base dugout. After a brief moment of confusion, he began to run for cover running past the first base dugout, towards a gate, resulting in significant gunfire in his direction,” the citation read.

“Many believe [who?] without this short distraction, the shooter may have concentrated his fire into the dugout where several congressmen and staff members had taken cover.”

Then, as Loudermilk took cover behind a shed outside the infield gate, he spotted a staff member with a severe bullet wound. “He advanced toward the gunman’s position in an effort to reach the injured man and immediately became a target for the gunman,” according to the citation.

“Once again this distraction provided others a brief opportunity to seek safer positions of cover. During the seven to eight minutes of gunfire, Lieutenant Colonel Loudermilk was able to get close enough to the victim to calm him and assess his condition from a distance.”

00:06 Lt Col Barry D. Loudermilk distinguished himself by conspicuous heroic action while risking his own life to save others on 14 June 2017.

On July 27th 2017, President Donald Trump awarded five first responders with the Public Safety Officer Medal of Valor for their response to the 2017 Congressional baseball shooting. In this event, Civil Air Patrol recognized an opportunity to deploy their new skills in Perception Management to fabricate a better story for one of their influential own. They hoped that the membership and the public would swallow their creation without objection. Fortunately, it is not passing the smell test. 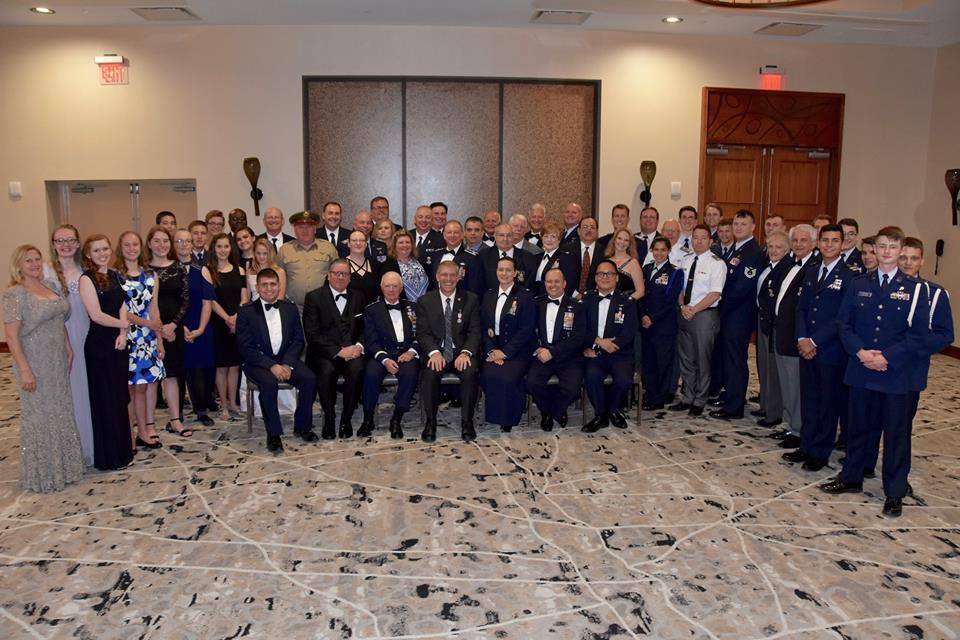 Stay tuned for Part 2 of this story.

Related Stories
• Pineda Era Silver Medal of Valor Fraud
• Loudermilk: “I had no way of defending myself or my friends. I felt completely vulnerable.”