[Editor’s Note: This story was submitted a few days ago and it took some time to verify.]

It appears that turbulence at CAP Maxwell Headquarters once again has the sharks circling and jerking in the waters to feed each other accolades and positive press. Readers will recall that Don Rowland was released in August 2016 from the paid position of Civil Air Patrol’s Chief Operating Officer. After briefly serving as interim COO, John Salvador was awarded the position by the Board of Governors in December 2016.

“It is a distinct honour to be recognized with the Women in Defense Salute to the Flag Award,” stated Fedder, who would later be reminded of the award’s correct name. “Through my association with the Board of Governors this also highlights the value and incredible contributions of Civil Air Patrol volunteers who are such an important part of the National Security sector.” 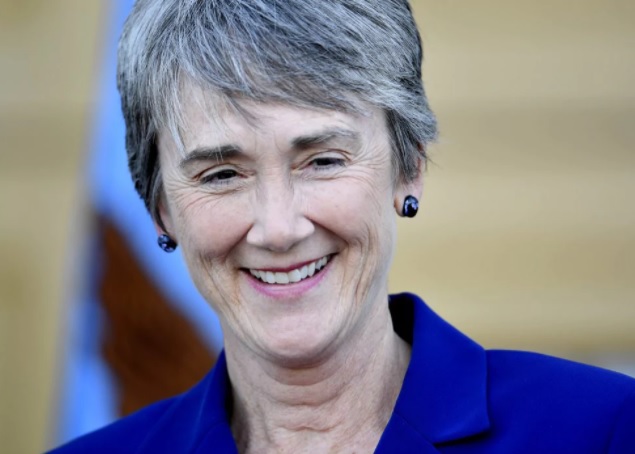 CAP trackers have been highlighting the mutual admiration circle and patterns in the work history of those actively seeking and approving paid positions within Civil Air Patrol.

Judith A. Fedder grew up on Army bases before her parents put down roots in Manistee, Michigan. She became a 1980 distinguished graduate of the ROTC program at Michigan State University where she received a Bachelor of Science degree in Dietetics. She was a career maintainer in the Air Force, most recently serving as the Deputy Chief of Staff for Logistics, Installations and Mission Support.

In May of 2015, Lt Gen Judith Fedder retired from the Air Force. Just after Jayson Altieri was made BoG Chairman in March 2015, Fedder became a member of the Civil Air Patrol Board of Governors in June 2015. She then went to work for Boeing in November 2015 as a Director of Global Sales & Marketing, Integrated Logistics. She and Boeing “parted ways” in June 2017 after just 1 year and 7 months. In February 2017, she replaced Jayson Altieri as BoG Chaiman who stepped back to the Vice Chairman role.

Amy Courter was born in Flint, Michigan and graduated from Kalamazoo College in 1983 with a bachelor’s degree in psychology and education. She served as commander of Michigan Wing Civil Air Patrol from 1999 to 2002. She was selected to be Maj Gen Antonio Pineda’s National Vice Commander in July of 2005.

Amy S. Courter served as President of the Michigan Chapter of Women In Defense from October 2010 to September 2012. In February 2017, Courter was the WID National President while also working as the Chief Operating Officer of Dynamic Computer Corporation of Farmington Hills, MI. Courter is no longer with Dynamic Computer Corporation and has since moved on to innerTrain, where she is responsible for delivering the signature company experience. Per its vision statement, inerTRAIN is a team dedicated to the success of inerTRAIN and clients.

Will AuxBeacon confirm and release this story or will it censor and bury it?