AuxBeacon has received multiple alerts to the light airplane crash in Indiana on Saturday December 16, 2017. While any fatal airplane crash is sad news, this one exposes more of the story behind AuxBeacon’s earlier find that:

“Civil Air Patrol has cultivated a close relationship with the National Transportation Safety Board in recent years. This partnering, along with a strengthening relationship between CAP, the FAA, and military services has served CAP well.”

A Civil Air Patrol relationship with NTSB and FAA accident investigators does not serve the public or the parents of prospective cadet members. The details released on Civil Air Patrol’s Alabama glider crash in July of 2017 back that conclusion.

The following comment was posted on the AuxBeacon story regarding the conflict of interest relationship that Civil Air Patrol was nursing with the NTSB.

Paul F. Schuda was an official of the Civil Air Patrol’s National Capital Wing. He was that wing’s stan/evaluation officer as well as the assistant director of operations.

AND he is also listed as the director of the training center of the National Transportation Safety Board.

Louis Cantilena, a CAP Major who was flying the private plane from Kansas City Missouri to an airport in Frederick County Maryland was a member of the CAP’s National Congressional Squadron.

Skip Munger from News of the Force also contributed the following information in a contact to AuxBeacon.

Message Body:
The head of the training center at the National Transportation Safety Board (NTSB) was killed Saturday when the plane he was on went down in Indiana, the Civil Air Patrol said on Monday. Two others were also killed.

The accident happened on Saturday evening when the single-engine Cessna 210 aircraft went down in a heavily wooded area behind a home near the town of Oldenburg, about 40 miles northwest of Cincinnati, Ohio. The crash was reported at 9:10 p.m., ET.

The Indiana State Police said three people were killed in the accident, as well as one of two dogs which were on board the aircraft. The second dog survived the crash and showed up at a nearby residence, after which the dog was taken to a local veterinarian to be treated for injuries.

The Civil Air Patrol said in a statement released yesterday that Paul F. Schuda, the head of the NTSB’s Training Center, was one of those killed. The pilot, CAP Major Louis R. Cantilena, and his daughter, were also killed in the crash.

The NTSB Training Center, which is also known as the NTSB Academy, is located in Ashburn, Va., and provides training for NTSB investigators to improve their practice of accident investigation techniques. It also serves others from the transportation community.

Schuda also studied the crash of Trans World Airlines (TWA) Flight 800, which crashed into the Atlantic Ocean off New York in July 1996, killing all 230 people on board. He gave lectures about the investigation and the plane’s fuselage was located just outside his office at the training center.

In addition to his work at the NTSB, Schuda was also an evaluation officer and the assistant director of operations at the National Capital Wing of the Civil Air Patrol. He previously served as the Congressional Squadron’s chief of staff from 2006 until 2012 and as the deputy director for the U.S. Environmental Protection Agency (EPA)’s Policy and Special Projects staff.

Data from flight tracking services showed that the plane had departed on early Saturday morning and flew from Frederick, Maryland, to Kansas City, Mo. The aircraft was returning to Frederick when it began losing altitude southwest of Oldenburg at 8:52 p.m. ET. It disappeared from radar a short time later.

The cause of Saturday’s accident was not immediately known. Both the Federal Aviation Administration (FAA) and the NTSB are investigating what happened. 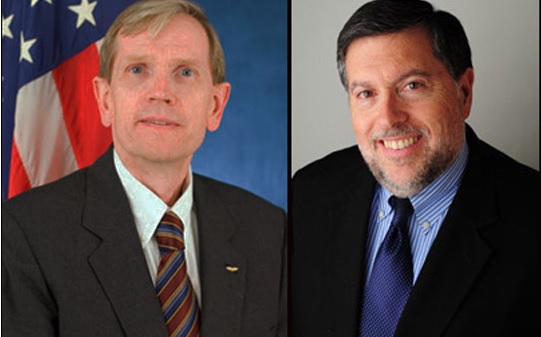