[Editor’s Note: We received a tip regarding this crash. Thank you for your contribution.]

Sheriff Dwight Young said Martin was carrying an army mail route between Topeka, KS, and the Grand Island Air Base, but that the plane was scheduled to make its next stop at the Bruning Air Base.

It was the first crash of a CAP plane on courier duty in Nebraska since the CAP service was inaugurated in November 1942. Identity of the pilot was not disclosed immediately.

The only witness to the crash, 7 year old Stanley Tinkham, said the plane, apparently having mechanical trouble, first dived toward the ground, then gained altitude, dived again, again gained altitude, then crashed almost vertically into the field.

A military guard from the Bruning base was thrown around the plane, which did not burn.

Sam Stull, Fairbury airport manager, flew to the scene a quarter hour after the crash in his own ski-equipped Courier plane.

He said Mastin’s plane cleared the Kansas City airport at 9:30 am and crashed at 11:30 am. 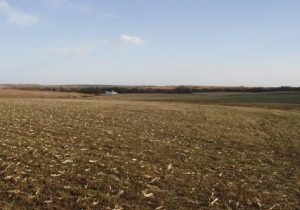