[Editor: The world, the CAP, and the comments are getting stranger by the day. We initially did not understand this contribution until we looked to see that Papa John’s in Lynchburg is a sponsor of the local Lynchburg Composite Squadron and owner John Schnatter is in the news as a Christian who likes to use the n-word. Time will tell if the Civil Air Patrol Papa John’s relationship will hold out longer than the sports teams and schools who are dumping it.]

With regard to BillR and the cadet Right Atheist:

Are you kidding me? I don’t think this cadet is a “hero” at all. Does Right Atheist expect us to give up our sponsor Papa John’s Pizza here in Lynchburg just because owner John Schnatter identifies as an Evangelical member of the Southeast Christian Church and likes to use the N-word? Schnatter is a model of conservative leadership, spoke out against free kneeling in the NFL and backs our elected President.

Men like Garrett Scott and Peter Strubhar are not going to be intimidated by black racists, atheists or secular fascist liberals. We are sick of atheists and liberals making fun of what we eat. The pizza boxes with his face on it will soon become collector memorabilia. Run out and order a Papa John’s pizza before they are all gone!!!!! We love Papa Johns and we pray for both atheists and liberals who will be gnashing their teeth! 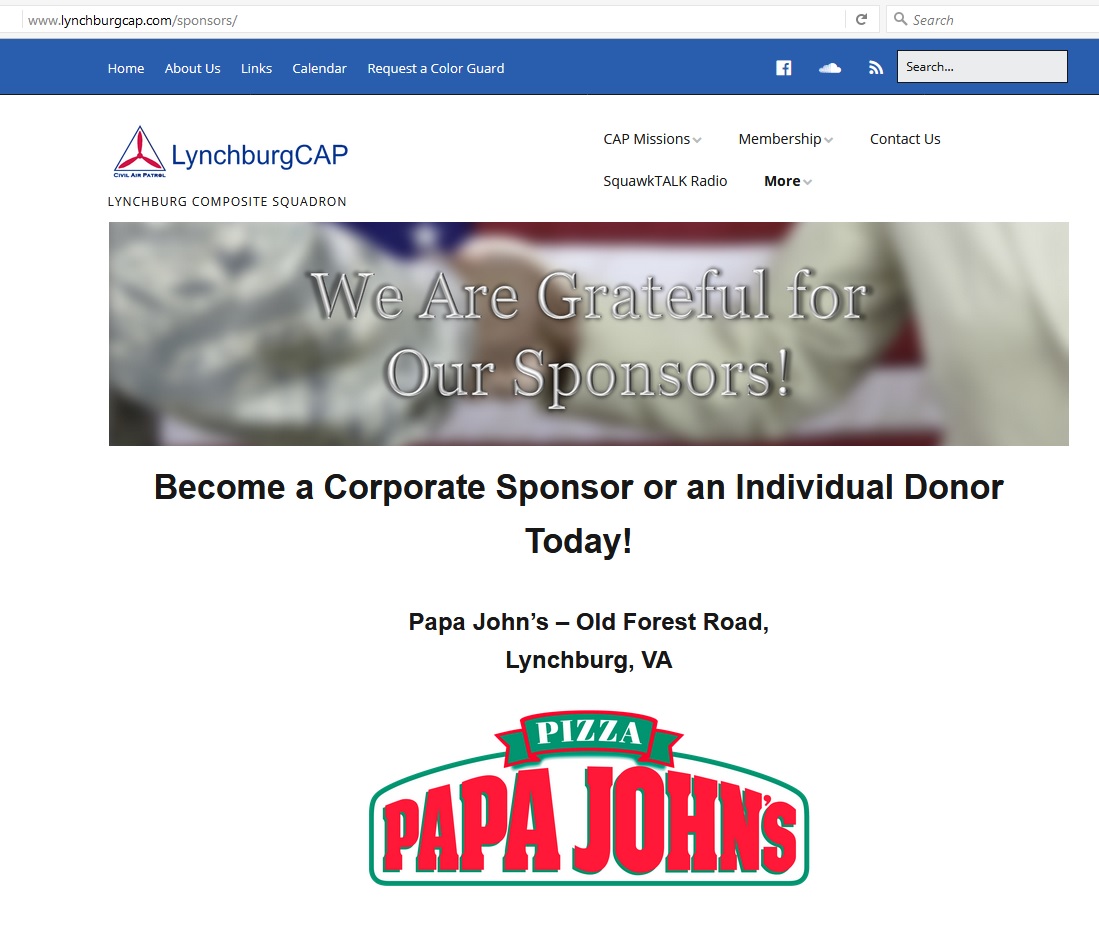