Sept 16 — A veteran pilot did not radio his intent to land his plane before colliding mid-air with another plane at the West Georgia Regional Airport, according to the National Transportation Safety Board’s preliminary findings.

[CAP Lt Col] William Lewis Lindsey, 79, [former Commander of Fulton County Composite Squadron, Georgia Wing] was piloting his 1978 Beechcraft Bonanza alone on Sept 7 after taking off from Fulton County airport at 10:20 am, investigators said. Within 30 minutes, Lindsey’s plane collided with one piloted by Taylor Nicole Stone, a 24-year-old flight instructor and a 20-year-old student from China. All three were killed in the crash. 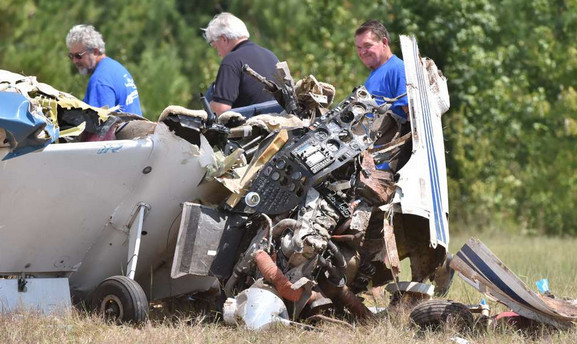 Stone, who worked for Newnan’s Falcon Aviation Academy, was flying a Diamond DA20 and had been practicing landings with a student, whose name has not been released pending notification of family members. Witnesses said it appeared both single-engine planes were attempting to land at the time of crash.

Though there is no air traffic controller at the Carroll County airport, pilots use radios to broadcast their approaches and landings. In addition to Stone, two other Falcon Aviation Academy planes were in the area at the time of the crash, according to the NTSB report. Those two pilots only heard Stone over the radio, the report says.