[Editor’s Note: In recent years, many quality people have left Civil Air Patrol. In the absence of quality leadership, others are ready willing able to step up to the plate. Thank you for your contribution.]

I’m sending this to your contact form in case your comments are being filtered. You should do an announcement about the fact that Civil Air Patrol is hurting so badly for people that Henry Irizarry is now the Southeast Region VICE commander and will soon have access to Mar-A-Lago. The running joke now is that Henry Irizarry and Kevin McSparron could stand here in the middle of Worth Avenue and shoot your husband and grab your Civil Air Patrol cadet daughter’s TACO and they wouldn’t lose their positions.

We’ve covered Irizarry’s oversight of pornography and moral turpitude in the past. Here it is again.

In addition to serving as the Wing’s Encampment Commander at least three times under the command of Col Irizarry, most recently last summer, Lt Col McSparron also served as head of the Cadet Special Activities Board, the Wing’s Cadet Competition, Color Guard Academy (twice) and the Regional Cadet Leadership School (also twice), all under Col Irizarry’s command. At the 2014 Wing Conference the photographer hired for the conference was…you guessed it, Lt Col Kevin McSparron,” the writer told us.” 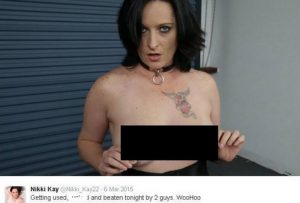 Apparently, your last news story about the CAP’s Florida Wing has gained Civil Air Patrol National Headquarters’ attention,” a source has told NOTF. ” The rats have been jumping off the Florida Wing ship for many years now and they (at NHQ) want to know why. Squadrons once with a hundred people are now at all time lows.

National Headquarters does read News of the Force and they are concerned about the CAP’s appearance to Congress – many members of which also reads your wrap and funds the CAP.

2 Comments on "Florida Parents Horrified at Irizarry as New Vice"