[Editor’s Note: This was a story we had hoped to have kept up through the month of July. Thank you for your contribution.]

With Jeffrey Epstein and DynCorp in the news, it may interest you to know that Heather McSparron is circulating a resume online that spins her experience touting contributions to Civil Air Patrol.

As you and your readers know from past stories on Skip Munger’s New of the Force and from Florida Wing Saga on Facebook, McSparron’s ten year plus service with the Civil Air Patrol was coupled with the promotion of drug use and casual sex. Under the high-flying call sign of CherBWilling, Heather did the pornography while her husband and CAP leader, Kevin McSparron coordinated many of the scenes. They were both in frequent contact with cadets. Parents and members made multiple complaints over a period of time, but all were ignored until Skip Munger of News of the Force made it known to the public. They were never disciplined. They quietly left the ranks in 2016.

On July 2nd 2019, I found her resume and the following statements:

Being highly professional, Heather McSparron possessed a deep knowledge of the nature of substance use.

Always focused on drug abuse education, prevention and awareness, Heather McSparron has been a drug demand reduction administrator who provided positive activities as an alternative to the drugs and gang violence. From 18-20 January 2008, all cadets and senior members in Florida Wing joined their hands together to participate in Special Activities Selection Board at Patrick Air Force Base. Along with the assistance of Heather McSparron, this event comprised of many areas of competition, right from boards to athletic challenges and academic evaluation. All through her hard work and dedication, Heather received various awards and accomplishments. She was awarded with Circle of Excellence Award for the Cadet Programs and Grover Loening Aerospace Award.”

WHY WEREN’T THE AUTHORITIES, AIR FORCE, FBI EVER NOTIFIED?

Feel free to turn this into an article on AuxBeacon, but keep my personal details out of it.

Civil Air Patrol has evolved into a premier public service organization that carries out emergency service missions when required. It is there to search for and find the lost, provide comfort in times of disaster and work to keep the homeland safe. CAP members selflessly devote their time, energy and expertise towards the well-being of their communities. Considering the fact, Civil Air Patrol adopted the drug demand reduction strategy with a mission to promote as a positive community service lifestyle.

Being a Drug Demand Reduction Officer, Heather McSparron was highly aware of the wing level planning and execution of drug demand reduction program. She just made it sure that this program promoted Civil Air Patrol as a positive community service lifestyle. Overall, she was committed towards making Civil Air Patrol a drug-free organization that promoted and supported education and social responsibility.

Due to her “outstanding performance”, Heather McSparron received various awards. Have a look at the list of awards she has received –

Pertaining to the skills Heather has developed while serving at “different positions” in Civil Air Patrol, she completed the mentoring courses and participated in assessments including The Myers-Briggs Type Indicator.

Regarding her education credentials, Heather McSparron is currently pursuing Bachelors in Business Management at Purdue University Global. Besides, she attended Everest University for 2 years while working. She transferred the credits to Purdue and began the online courses while in Iraq. 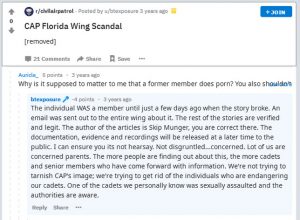