By Everybody Messaging Us | AuxBeacon News Contributors

[Editor’s Note: We’ve received many contact and comment submissions about Civil Air Patrol’s George Vogt and the process behind the 65-year old CAP pilot [Tim Sheffer] of N291CP that crashed with cadets aboard at Geneseo New York. One of our editors has assembled some of the many comments into this one story, along with the NTSB findings that expose continued Civil Air Patrol incompetence. As always, thank you for your contributions.]

The purpose of the Civil Air Patrol accident flight was to provide a familiarization flight to two CAP cadets. The pilot showed the cadets a “thorough preflight inspection” and then started the engine and taxied to runway 23. Prior to takeoff, the pilot performed an engine run-up and verified that all flight controls were free and correct. The pilot then initiated a soft-field takeoff procedure on the bumpy grass runway. The airplane became airborne in ground effect about 45 knots and everything seemed normal as it began to climb out of ground effect at 60 knots. At that time, the nose pitched up abruptly and the pilot pushed the yoke forward as hard as he could while engaging nose-down electric elevator trim; however, the airplane continued to climb at an excessive angle-of-attack and stalled. It subsequently rolled left, descended to the ground and came to rest inverted.

In an attempt to spin Civil Air Patrol’s involvement in this accident, some Public Affairs Officers were successful in duping well-meaning local media to praise the pilot. Antoinette, this means you.

Here’s what the NTSB had to say in comparison to the bill-of-goods sold to Antoinette by Civil Air Patrol hacks.

Both passengers were minors and interviewed separately by a Federal Aviation Administration
(FAA) inspector in the presence of a parent. One passenger did not recall the pilot doing a preflight inspection, use a checklist, or perform any type of check and engine run-up prior to takeoff. The other passenger recalled an abbreviated preflight inspection and use of a checklist before and after engine start; however, he did not recall any stopping prior to entering the runway, engine run-up, or control check except for flaps moving. Both passengers sustained concussions in the accident.

On April 30th 2019, the NTSB released their Final Report on this Civil Air Patrol accident.

Probable Cause and Findings
The National Transportation Safety Board determines the probable cause(s) of this accident to be:

The pilot’s failure to properly set the elevator trim before takeoff, which resulted in an exceedance of the airplane’s critical angle of attack during takeoff and a subsequent aerodynamic stall. Contributing to the accident was the [Civil Air Patrol] pilot’s failure to follow the Before Takeoff—Run Up checklist.

The Comments Were Strong on This Story

As soon as the NTSB released the final report in late April, AuxBeacon received the following comments regarding Civil Air Patrol’s involvement in the crash and in the preparation of the final NTSB report. We observe that one comment was shared both here and with the story on Kathrynsreport.

No Toxicology performed? Really? Why not? Civil Air Patrol has had pill-popping and even inflight Morphine injecting sexagenarian pilots of the past. Mark Smith didn’t want the parents to know what was in this 65-year old senior citizen’s system immediately after the crash? Smith and every other Civil Air Patrol member should have to blow in order to peddle a bicycle down the street.

George Vogt? Why is Civil Air Patrol’s George Vogt being mentioned in this unholy NTSB Deal with the CAP devil in this report? Seriously, corrupt.

George Vogt is the [redacted] who signed off on the Deatsville cadet Glider crash so as to conceal the name of the flight instructor who soloed a CAP cadet without a proper briefing on wind penetration speed.

New York Wing PAO baloney. The NTSB and FAA haven’t concluded this investigation, but the CAP is already spinning false tales to the media. The CAP is averaging a major plane crash every 3 months. Civil Air Patrol’s New York Wing PAO is part of the problem by sugar coating unsafe actions.

The bullshit is flying to save CAP’s sagging ass on this one.

2. “According to the public affairs officer for the New York Wing of Civil Air Patrol, airplane crashes are extremely rare no matter the state or location, and fatal ones even more so.”

Your hard earned taxpayer dollars at work. Recently, CAP was trying to convince FAA that it could investigate their own incidents and save the FAA the trouble of all of the reporting that the public can review. I agree with first commenter that something needs to be done. Cut off funding and use private contractors, and Air Guard, Coast Guard, for search and rescue. They also could be using some of the funds to expand EAA Young Eagles program to promote aviation to youth.

Glad the youngsters are ok. This type of situation should not be occurring period. If you go back and look at most other CAP accidents, a pattern of pilot errors is evident and at a high cost to taxpayers. My experience with CAP at our airport has been similar. They make amateur mistakes nearly ever time they fly. There has got to be something than can be done to change the situation.

I don’t blame the 65 year old pilot, I blame the people who rushed to sign him off and let him fly cadets. We need more flight instructors like Hawaii’s Capt Jack Dixon who was excommunicated, placed on the black-list for properly controlling the training of future CAP 70-year old pilots. 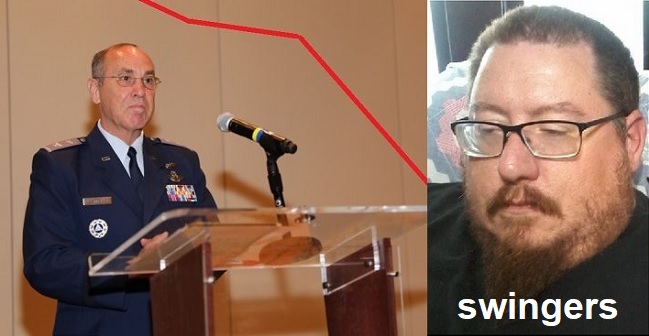 Turn that frown upside down!