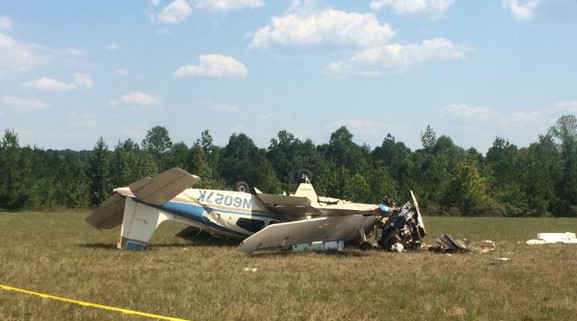 A day after the tragic accident, friends and family were remembering Bill for his love of flying.

If there’s one thing Bill loved, it was spending time in the sky.

“It was something about the wheels leaving the ground,” his friend of 20 years said.

“I wouldn’t go anywhere without first calling Bill,” he said. “Say, ‘Bill, I want you to look over my flight plan. See if there’s anything I’m missing.’ His knowledge was so extensive, I mean, he could tell you page and verse what’s in the Airman’s Information Manual.”

Lindsey was also an 18-year member of the Georgia Wing’s Fulton County Composite Squadron of the Civil Air Patrol (CAP). According to CAP, he served as Commander of his squadron between 2007 and 2012.

“Bill Lindsey was a devoted member of Civil Air Patrol’s Georgia Wing,” said Georgia’s Wing Commander Col Richard Greenwood. “He was serious about his professional development training, and he applied the skills and knowledge he gained to benefit his squadron and his community on an ongoing basis.”

“Our thoughts and prayers are with his family and the members of his unit,” he said. “He will be missed by all of us,” Greenwood said. The Civil Air Patrol is a all-volunteer auxiliary of the U.S. Air Force that, among other things, assists with search and rescue missions.”

A long time employee of the Federal Aviation Administration (FAA), Lindsay used his wings to help people. Even after he retired he was often mentoring young pilots, taking Angel Flights or just taking in the sky on his own.

That’s what he was doing Wednesday morning when his plane collided with that of Taylor Stone – and her young student.