[Editor’s Note: AuxBeacon contributors are noting that many of the external news articles on this accident do not mention Civil Air Patrol involvement with the glider on the crossing runway. This is similar to how Civil Air Patrol was not mentioned by name in the crash of CAP glider N342BA in Deatsville last month. One or more CAP flight instructors involved in this fatal crash were still flying CAP gliders with cadets at Roosevelt Field in the spring of 2017. Apparently CAP Flight Instructor Check Pilots can describe themselves as passengers.]

On February 22, 2014, Jeffrey Van Curtis was killed in an airplane crash [N36638] at the LaGrange-Callaway Airport in LaGrange, Georgia. Curtis’s widow, Plaintiff Karen J. Curtis, and the administrator of his estate, Plaintiff Robert Rupenthal, brought this lawsuit against the United States of America pursuant to the Federal Tort Claims Act (“FTCA”). Plaintiffs allege that negligence by the Civil Air Patrol—a United States Air Force Auxiliary—caused the crash that killed Curtis and fellow passengers Michael Rossetti and Willy Lutz.

On August 3rd, the United States District Court for the Northern District of Georgia Newnan Division delivered a 41 page ruling on this accident. It found that CAP breached its duty in its glider operations at Lagrange-Callaway. It neglected a risk of collision by failing to use a spotter despite the obstructed views between the runways. Such a duty to make its flight operations safe existed irrespective of the applicability of the local airport rule requiring a spotter during glider operations. The CAP pilots failed to yield the right-of-way to the Baron, as required by 14 C.F.R. § 91.113(g). And as previously discussed, see supra Part I.H., the CAP pilots apparently did not announce their flight plans over the CTAF, and they either did not hear or failed to appreciate the Baron’s announcement over the CTAF that it was preparing to land. In these ways CAP breached the duty of all pilots to generally act with reasonable care, and specifically to cede the right-of-way to landing aircraft.

CAP Lt Col Joel Seidband of [Peachtree City-Falcon Field Composite Squadron], a retired Air Force Lieutenant Colonel and CAP pilot was pilot in command of the Cessna 172 tow plane. CAP Lt Col Pete Schulz, also a retired Air Force Lieutenant Colonel and CAP pilot, was pilot-in-command of the glider. CAP Lt Col David Mitchell, a US Navy Captain and Lockheed P-3 Orion pilot with more than 3,000 hours, who is also a CAP pilot and CAP flight instructor, was seated in the rear seat of the glider “as a passenger”. The CAP 172 and the glider had just completed a successful flight practicing a simulated rope-break which would seem to indicate a CAP Glider Form 5 check-ride was taking place and that the “passenger” was making use of flight instructor qualifications as a CAP check pilot.

CAP’s breach of duty caused the Baron crash. Kenyon and Lott’s testimony establish that just before the Baron would have touched down, its engines suddenly increased to full power. At that time, the Baron was in a position from which Rossetti would have first been able to observe the CAP aircraft approaching from the left. The Court concludes from this evidence that Rossetti saw the CAP aircraft and made an attempt to avoid a collision. This maneuver by Rossetti, while the Baron was configured for landing, ultimately caused it to pitch up sharply, stall, roll over, and then crash. See supra Part I.H.  Thus, the crash was a direct result of the CAP aircraft’s presence on runway 3/21, which itself was a result of a breach of duty by CAP.

Finally, it is uncontroverted that the injuries suffered by Plaintiffs’ decedent were caused by the crash of the Baron. While the extent of those damages will be discussed in further detail, the Court concludes that CAP was negligent under Georgia law and is thus liable under the FTCA claim. 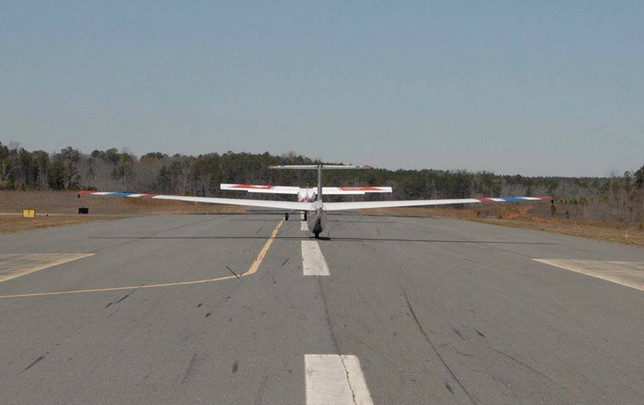