[Editor’s Note: A critical majority of the AuxBeacon editorial staff have been away at professional conferences and summer vacation travel. AuxBeacon will resume reviewing and releasing reader comments shortly. This current story was sent to us a few days ago and little verification of it is required as all was caught by the camera. The author’s tone is angry over what many would view as a deliberate dismissal of a trivial regulation, but the statements she makes regarding this unit’s track record playing fast and loose with regulations is understood by our editors.]

It looks like you all have gone NORDO just as I started to send you material. Is everyone okay or did the Black Humvees come for ya? In case you are on vacation, this is what you missed:

CAP members of Georgia Wing’s Peachtree City Composite Squadron, including their commander Major David Serafin, appeared on television with an in-your-face violation of the Civil Air Patrol uniform regulation in order to promote the organization.

As a reminder of the current published regulations of CAPM 39-1, 2 March 2018

5.1.1.2.3. Cadet officers center regular size, full color embroidered insignia on
ultramarine blue cloth sewn on the collar one inch from the front of the collar and centered. All insignia will have 1/8 inch of blue showing at the widest and tallest point of the insignia.

2.12.1.1. All members must adhere to this manual and supplement(s) at all times. While working away from their home unit or wing, members will comply with local orders of dress, provided their standards are not less restrictive than this manual. 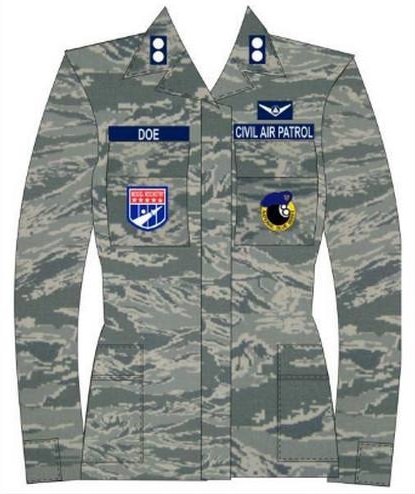 The official colors of the Civil Air Patrol ABU uniform

Civil Air Patrol has been circulating video of an interview conducted by WSB Channel 2’s Tom Regan regarding the fact that two cadets, [redacted], were present to provide assistance to a driver who ran his car into a bog down here in Coweta County, Georgia.

Both cadets are supposed to be cadet officers of first and second lieutenant cadet rank respectively. They’ve had plenty of time to learn and endure inspections and as cadet leaders should be capable of presenting themselves to the required standards especially when supervised by their adult unit commander. So what gives with the incomplete uniform and the metal insignia on the ABUs, not assembled for a cadet field exercise in the woods, but for presentation before the television camera?

Now I want to make sure this is clear to your readers. This is the very same Georgia Wing Civil Air Patrol unit that produced David Mitchell, Pete Schulz and Joel Seidband, aka the $20 Million Dollar Men, who were found by a US District Court to consider themselves above CAP regulations to comply with local Lagrange Callaway Airport rules for glider flying in 2014 and cost US taxpayers $20 Million dollars in a story that you have covered in detail here.

“What makes this case so tragic is that it was such a needless accident. It was really a case of clear negligence by the government pilots,” said Atlanta attorney Ranse Partin. “Had they just followed the rules at the local airport this accident would never have happened. Had they just had a spotter as required by local airport rules to inform them of incoming air traffic, there never would never have been an imminent collision.”

“What was more frustrating was that the Civil Air Patrol pilots knew about rules, discussed whether they should abide by rules, and decided the rules didn’t apply to them.”

If you think this uniform infraction is petty, you should see how some of these bastards screw with those cadet officers they don’t like for the exact same infraction in the woods where there are no cameras to embarrass the organization. The hypocrisy is sickening. 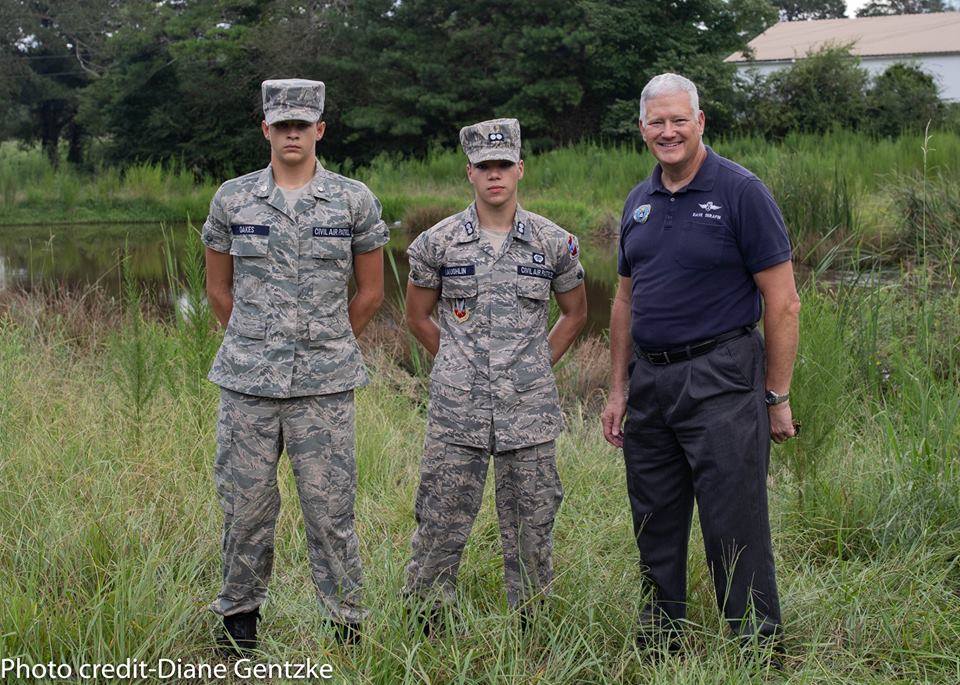