[Editor’s Note: We received an anonymous tip regarding this crash. Thank you for your contribution. This CAP plane crash in Florida was attributed to pilot error.]

Boaters in the area rushed to the crash site Sunday, August 13, 1989, and tried to dive in after the plane, a four-seater Cessna 172, but it had sunk 25 feet below the murky depths and was upside-down, witnesses said.

Divers later found all four passengers dead, still strapped in their seats inside the plane.

Killed in the crash were senior pilot Eugene Wayne McKnight, 43, of Seminole, and cadets Joseph Paul Flythe, II, 17, of Clearwater, Shawn Kelley, 19, of St. Petersburg and Damion Weber, 15, of Seminole.

Coast Guard and Civil Air Patrol officials were at a loss to explain the crash. The National Transportation Safety Board was scheduled to begin its investigation Monday after a commercial salvage vessel hauls the plane out of the Gulf, said Coast Guard Petty Officer Keith Scally.

Autopsies will be performed on the victims to determine the cause of death, the Coast Guard said.

McKnight and his charges had taken off about 1:30 p.m. Sunday from Albert Whitted Airport in St. Petersburg for a 30-minute ‘familiarization’ flight over Egmont Key, one of six flights the cadets must have before graduating to senior cadet, said Capt. Frank Sportell, commander of the CAP’s Pinellas County squadron.

They were on their way back to Albert Whitted Airport, where McKnight was scheduled to pick up another group of cadets including his 13-year-old son, Eric when the plane spiraled downward, Sportell said.

McKnight did not radio the airport tower of any trouble before the crash, said Sportell. His son was told by St. Petersburg Coast Guard officials of his father’s death shortly after divers from Eckerd College found the plane off the coast, Scally said.

McKnight was a certified pilot with more than 250 flight hours.

Probable Cause
FAILURE OF THE PILOT TO RECOVER FROM A STALL/SPIN. EXCESSIVE GROSS WEIGHT OF THE AIRCRAFT AND LACK OF AVAILABLE ALTITUDE FOR SPIN RECOVERY WERE PROBABLE CONTRIBUTING FACTORS.

Transportation and Safety Board Synopsis 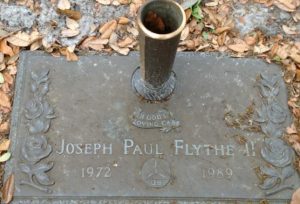