[Editor’s Note: AuxBeacon would like to thank members of Alamo Composite Squadron and Lt Col Dennis Kern’s Bexar Co. Senior Squadron for calling attention to this recent story from 2016 and the San Antonio National Conference in 2017.]

The deposed sheriff noted that she had won more votes in 2016 than when she won the election in 2012, but this “was not enough to overcome the tsunami on the top of the ballot,” she said. 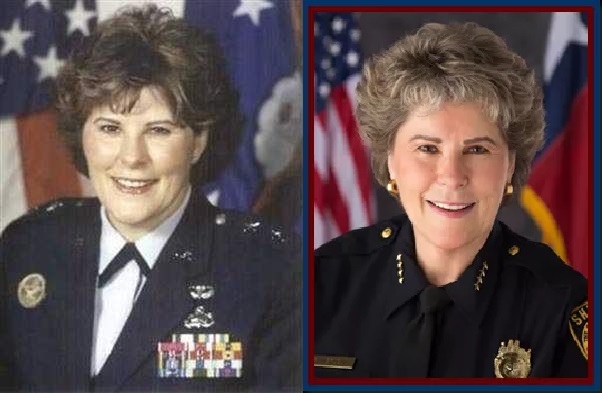 By September 2015, twelve of Maj Gen Susan L. Pamerleau’s deputies had been arrested since January 2015.

Deputy David Ramos on May 31 for Criminal Mischief misdemeanor
Deputy Adrian Ambriz on Aug. 4 for Tampering with Evidence
Deputy Juan Medrano on Aug. 6 for DWI
Deputy Mark Hernandez on Aug. 17 for DWI
Deputy Billy Torres on Jan. 9 for Burglary of a Building
Deputy Erich Arredondo on Mar. 6 for Possession of marijuana
Deputy Robert Serros on May 23 for Assault with Bodily Injury-Family
Deputy Mario Rios on June 7 for DWI
Deputy Joseph Barbier on June 22 for Assault with Bodily Injury-Family
Deputy Ronald Bailey on June 25 for Aggravated Assault with a Deadly Weapon indictment
Deputy Termaine Elliott on July 31 for Bribery, and Possession of a Controlled Substance
Deputy Omar Echeverria on Sept. 10 for DWI