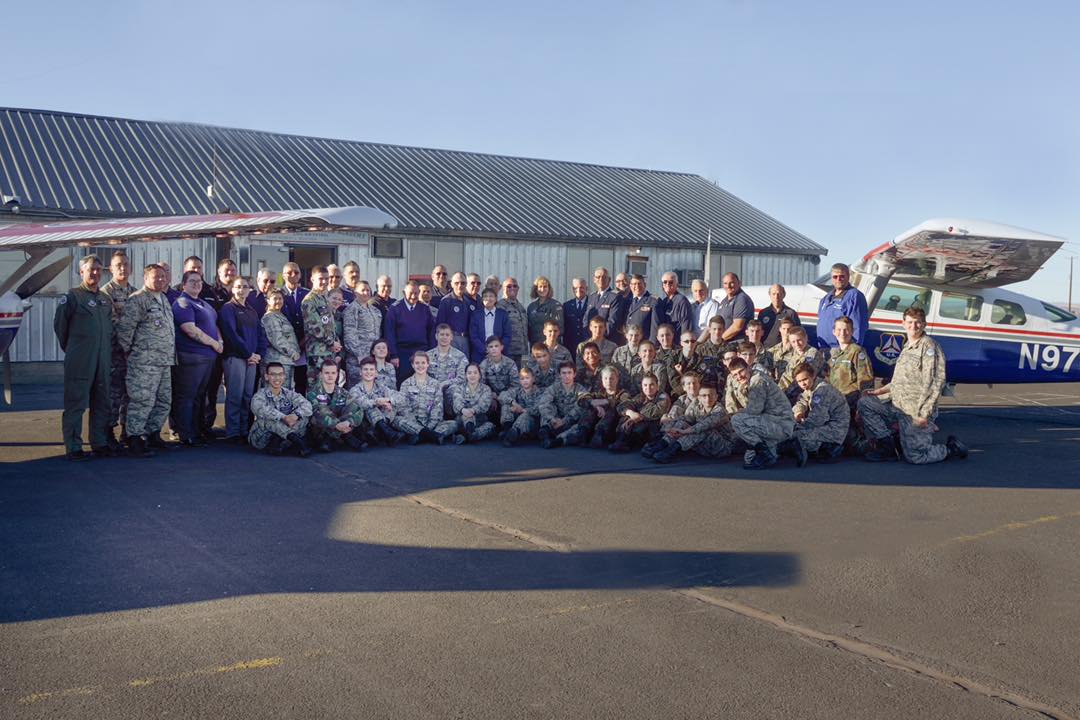 Decades ago, there was another Civil Air Patrol member and paedophile from Renton, Washington and I do not see his name, Edward Harvey Stokes, on your site. You may want to add his case to your collection. Here are all the references you need: [links redacted].

Despite medical experts’ urging that Edward Harvey Stokes be locked up, court records show the convicted child molester managed to gain parole repeatedly during the past three decades during which he molested at least 200 victims.

New details about Stokes’ early crimes emerged Tuesday, the same day he asked for another week to decide whether he will fight extradition to Washington. Stokes is being held in the Multnomah, Ore., County Jail. A warrant issued for his arrest in Clark County, says he committed fraud when he gave a false address on a driver’s license application. Stokes has convictions in Washington and Oregon for sex crimes dating back to 1974, when he was 19. The former Renton man is now 49.

According to court records, Stokes has spent 30 years in and out of treatment, and prison, in three states since that first adult sex-crime conviction. He was most recently released when an appeals court overturned a California conviction from 1996, saying that Stokes hadn’t been able to confront his accuser, who had committed suicide.

Police and prosecutors say it’s clear Stokes will commit another sex crime. But what isn’t clear is why Stokes, who was once declared a sexual psychopath in Washington and has confessed to molesting more than 200 victims, is out on the streets when medical professionals have repeatedly argued for him to be locked up. Documents from the 1974 case had been filed in a warehouse in Seattle; they were retrieved at a Journal reporter’s request and made available Tuesday. The records show the disturbing beginnings of a man who police call a serial child molester.

Prosecutors filed a sodomy charge, in June 1974, against Stokes for a sexual act with a male under the age of 15. The second-degree assault charge was filed because the victim of the sexual contact was assaulted by Stokes with a cattle prod. However, the court file gives no additional information about the crime itself.

Just two weeks after those charges were filed, prosecutors filed a petition asking for Stokes to be evaluated at Western State Hospital to see if he was a sexual psychopath. A judge agreed with the request and ordered Stokes committed for observation. The assault charge was then dismissed, Stokes pleaded guilty to the sodomy charge, and resolution of the case was deferred for six years on the condition that he “enter, cooperate with and complete the sexual psychopathy program” at Western State.

A Renton psychiatrist who treated Stokes as early as November 1970, and had seen him on a regular basis from August 1971 to May 1972 and from July 1973 on, wrote a three-page report regarding Stokes’ emotional status, diagnosis and the doctor’s recommendation for future treatment. “Ed is a strong-willed, manipulative, overly suspicious and precocious-acting teenager who rapidly alienates people, especially his peer group, with his self-righteous attitudes and his need to control situations,” H. Bartlett Vincent Jr. wrote.

When Stokes was 13, he was allegedly seduced by an adult male who, “much in the same manner as Ed has demonstrated,” plied him with alcohol before sodomizing him, the doctor wrote.

But the psychiatrist also mentioned Stokes’ virtues, including his willingness to work hard and to help others, including helping young boys develop camping skills. “I would be very hesitant to say that all his involvement with boys has been a devious design for future sexual seductions,” Vincent wrote.

As a teen, Stokes was active in the Civil Air Patrol. He worked as a medic at Civil Air Patrol outings, served as advertising manager of the Renton High School yearbook, participated in an Outward Bound climbing clinic in Oregon and worked as an assistant in his father’s funeral home.

But the doctor also said he saw Stokes “as a rapidly developing character disorder (that is, a psychopathic personality with inability to control behavior, to feel guilt, or to learn from experience and punishment) with concomitant paranoid and sexually perverse characteristics.”

In October 1974, Stokes was found to meet the definition of a sexual psychopath and he entered treatment at Western State. A judge ruled that he would remain there until he was safe to be in the community, until he received the maximum benefit of treatment or until he was no longer deemed amenable to further treatment.

In January 1976, the probation granted to Stokes under his deferred sentence was revoked and he was kicked out of the sexual psychopathy program because he “has received maximum benefits from said program by virtue of the fact that he has failed to change his sexual behaviors in as much as he has continued to demonstrate deviant behavior in the last eight months by being involved in sexual acts with another male group member at the program,” according to court documents.

That document said Stokes “remains a sexual deviant, (uncontrolled) and that he is a danger to the safety of other if released in the community.”

Another psychiatrist who examined Stokes said most of their interview was spent with Stokes trying to defend himself and wanting to argue about how the Western State staff was against him. Stokes told him that “when he is under stress he acts out sexually,” S. Harvard Kaufman wrote in the report to the court.

“He further feels that his victims learned in a growth process that all wasn’t so bad for them,” Kaufman wrote. “Actually, he was not concerned about his victims but only his own sexual fulfillment.”

And Kaufman had his own recommendation for the man who was about to turn 20. “Certainly, this man is quite dangerous to be out of a confining institution,” Kaufman concluded. “I doubt, with his kind of rationalized insight and manipulative behavior, that he will ever be a good subject for psychotherapy. He needs to be confined.”

In March 1976, Stokes’ deferred probationary sentence was revoked and he was sentenced to a prison for a period not more than 10 years. A judge also ordered that Stokes be given rehabilitative treatment during his incarceration.

But no documents in the file explain how Stokes was able to use a red police light mounted in the grill of a vehicle to stop a hitchhiker whom he handcuffed and tried to rape in 1980 when he was 24. Stokes pleaded guilty to unlawful imprisonment and criminal impersonation in that case. Documents in other files suggest that he was paroled and that parole later was revoked.
In March 1986, Stokes assaulted two teen brothers after drugging them in two separate incidents over a two-day period. The year before the 1996 incident that led to his arrest in California, Stokes had finished a three-year sentence for sex abuse and sodomy in Oregon.

Stokes will return to court Tuesday, when he will either agree to being brought back to Washington or fight extradition. He would likely only serve a year if convicted of lying on his driver’s license application.

In the meantime, police are asking that anyone with information about Stokes’ activities during his 11 days of freedom earlier this month contact their local law enforcement agency. Police say they are particularly concerned about the possibility that Stokes sexually assaulted someone during that time.