[Editor’s Note: Tip of the service cap to Skip Munger of News of the Force for alerting AuxBeacon to this development.

The case originated on Sunday, 3 July 2016, when the Cabarrus County Sheriff’s Office received a report. The parents of two CAP cadets contacted law enforcement about sexual exploitation of and indecent liberties with a minor. The two 14-year-old cadets were participating at a Civil Air Patrol Cadet Encampment in Charlotte where CAP Capt Greenberg was a staff member. Greenberg said he was involved in the Civil Air Patrol cadet program and mentored children there before becoming a counselor at Camp Kenwal for several years.]

Some Civil Air Patrol background information on CAP Captain David J. Greenberg. He started with the Suffolk Cadet Squadron 10 in Holbrook of New York Wing in May 2012. He was the Cadet Programs Officer. He also served on the New York Wing Cadet Encampment Staff in 2013 as the Golf Flight Training Officer for Cadets. From May 2015 to September 2016, he was the Finance Officer of the 111th Search & Rescue Composite Squadron in Charlotte of North Carolina Wing.

A former counselor at a Melville day camp admitted in court Thursday that he tied up a then-9-year-old boy to a bed and sexually abused him while another counselor video-recorded it.

David Greenberg, 37, now of North Carolina, but formerly of Suffolk County, pleaded guilty to first-degree criminal sexual act and possessing a sexual performance by a child. He will be sentenced in October to 25 years in prison.

Assistant District Attorney John Cortes said that what the two men did to the boy, who was not a camper, and others who were campers, was “shocking. It’s horrific.” 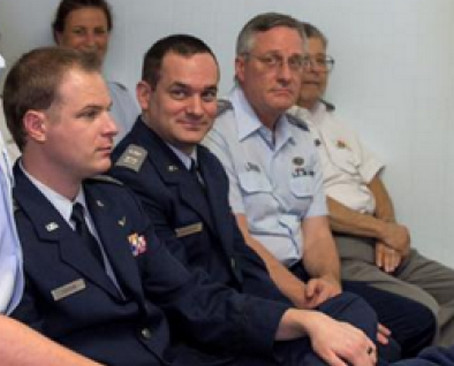 CAP Capt David Greenberg at a meeting of the 111th Search & Rescue Composite Squadron in Charlotte, North Carolina in November 2015.

Greenberg is already serving 25 to 35 years in North Carolina, where he had pornography of the boy and committed sex and child pornography crimes involving others as well, Cortes said.

During questioning by Cortes, Greenberg said he was involved in the Civil Air Patrol child cadet program and mentored children there before becoming a counselor at Camp Kenwal for several years.

At the camp, he said he took sexually explicit photographs of the boys and kept the pictures on a computer.

He also admitted having sex with Meyn while watching a video of underage boys engaged in sexual activity. Greenberg initially balked at admitting that until Cortes said he would “prefer not to have to play the video” they used in open court, but would if he had to.

Another time, Greenberg said he and Meyn gave underage boys alcohol in a vehicle, and then recorded them exposing themselves. 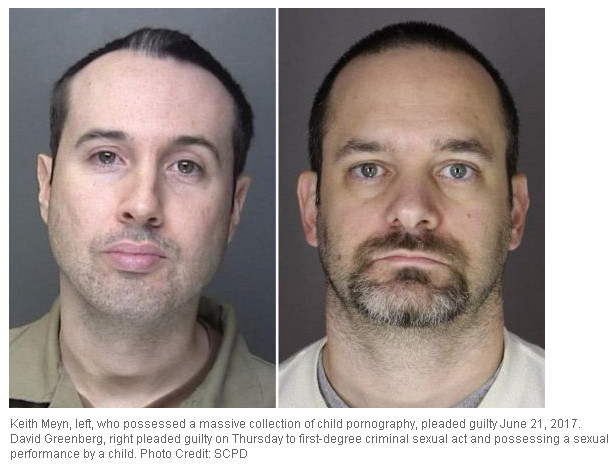