[Editor’s Note: We received this contribution from a CAP member in August. It crisply demonstrates how the CAP leadership can recycle or even reinvent a legacy for their purpose. Please keep your submissions coming. We will get them up as fast as we can after they have been verified. Thank you for this contribution.]

As some of your readers will recall, the late Maj Gen Dwight Wheless was forced out as the CAP national commander in less than 1 year of time served. The events of his relationship with a civilian employee [name redacted] at CAP national headquarters were recorded in June of 2005 on capblog.

“It has come to the attention of the senior leadership of the Air Force and the members of our Board of Governors that Maj Gen Wheless has been having an ongoing relationship with a paid staff member at National Headquarters.  An anonymous letter sent after the Winter National Board made a series of allegations against Maj Gen Wheless that were duly investigated by the CAP IG, Col Bill Charles. The charge regarding an improper relationship with a staff member was found to be SUSTAINED.”

Later, Dwight Wheless was CAP national legal officer when nearly all IG complaints were halted to reign in the Total Force partnership with the Air Force.

It seems fitting for Col Robert M. Karton to receive the first Wheless Award since he was the one who stonewalled Maj Michael Bell’s membership reinstatement because Bell was moving to file a discrimination complaint against Col Richard Greenwood and others in Georgia Wing.

I have seen this time and time again since the 1990s. CAP leaders reward lower ranking commanders and inspectors for taking on the risk of dirty deeds so that they may advance in the clear. 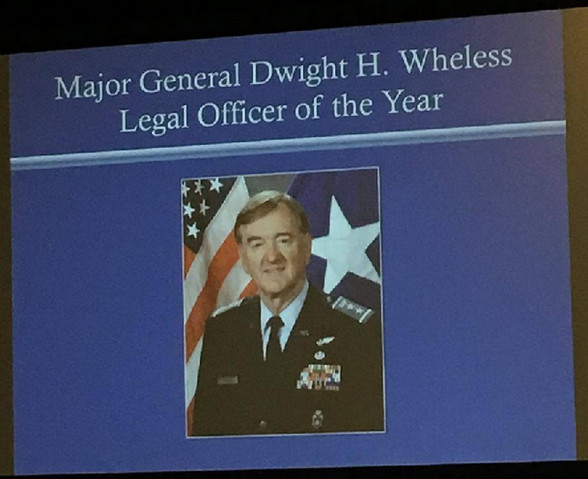