[Editor’s Note: We received this yesterday and verified the claim. Thank you for your contribution. Before he was let go, James Dotherow was criticized on CAPTalk for soliciting donations from CAP members. He was hired by Don Rowland (close friend) and paid a whopping six figure salary.]

When Don Rowland was “released” by the BoG in August, the Director of Development (Chief Fundraiser) and the Executive Director of the Civil Air Patrol Foundation, Dr James E. Dotherow is shown on his LinkedIn account as no longer active on the staff at CAP National Headquarters at Maxwell AFB, AL. He was originally hired by Rowland in February 2012. 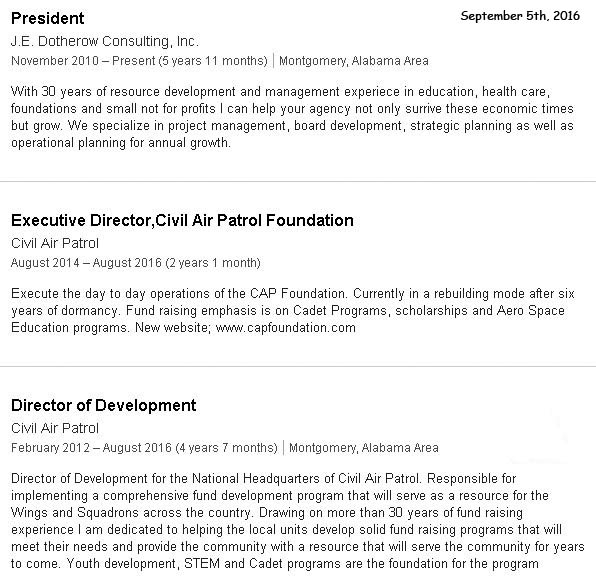 Be first to comment on "CAP National Fundraising Director Exits"