First, this is in no way an indictment against the fine men and women of the Civil Air Patrol, only two leaders who got their panties in a bunch over publishing of information that was posted on their own sites and accessible by the public.

RadioReference.com had a forum post by a member that linked to a communications plan for the CAP. There was not any secret information listed in this plan, as it was publicly accessible by anyone with an internet connection.

On April 19, 2013, Col Rafael A. Robles, General Counsel of the Civil Air Patrol sent a Cease and Desist letter to the owner of RadioReference.com, which can be seen below.

The strange thing is that all the CAP’s documents are available with a <1 minute Google search. The fact that they didn't want RadioReference.com to link to those documents is not a big deal in and of itself, but the fact that a government agency (Air Force Auxiliary) used its legal might to push around a small business (owner of the RadioReference.com) over no big deal is what bothers me. Not only should CAP's General Counsel have better things to do with his time, he should also consider that a better use of his time may include taking a grammar or legal writing class (just read his letter). 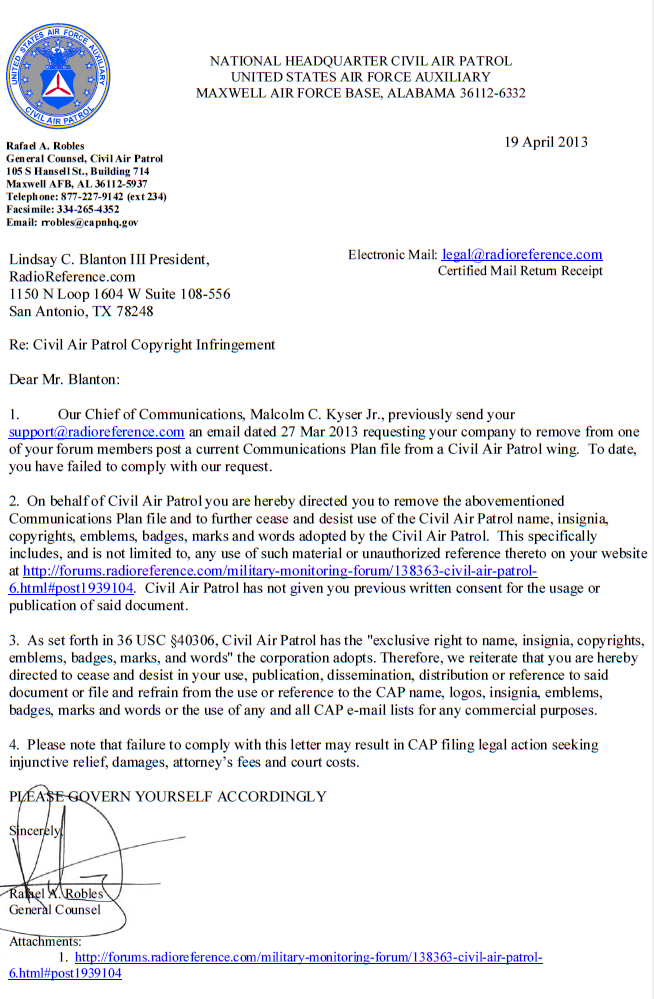 Be first to comment on "CAP General Counsel Oversteps its Bounds"