[Editor’s Note: AuxBeacon is aggregating this important story from Skip Munger and News of the Force.]

News of the Force has been carefully following a serious incident involving a Civil Air Patrol Cessna 182R, N9386X, operated by the Florida Wing of the Civil Air Patrol, for nearly two weeks now. NOTF has learned that on Saturday, March 25th, the aircraft in question was operated by CAP Lt Col Harry S. Shoemaker, of the Fort Lauderdale Composite Squadron (FL-337) and the Group 6 Aircraft Maintenance Officer on an Air Force-assigned mission with two cadets on board.

The objective of the flight was Powered Syllabus 2 which indicates the cadets were not on their first orientation ride. The flight proceeded normally from the Hollywood-North Perry Airport (KHWO) to the Miami Dade Training and Transition field in south central Florida, nearly 30 miles away.

Upon landing, Shoemaker became distracted with a female cadet who announced she was becoming airsick. Rather than control the airplane to a safe stop, Col Shoemaker attempted to assist the cadet and struck a taxiway light with the aircraft’s moving propeller. Shoemaker reported he struck something metallic and wasn’t sure. 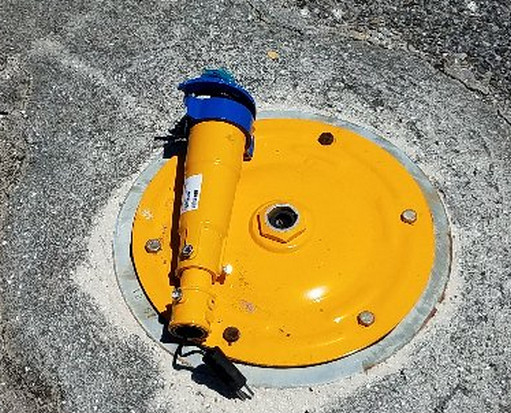 Sources reported he inspected the aircraft for damage and then flew the aircraft back to base in Hollywood, FL. An unnamed mechanic who reviewed the damage done to the aircraft provided the following comment. “It is clearly evident the aircraft suffered substantial damage to the propeller. The pilot is quite lucky he didn’t lose that engine in flight or shake it off the motor mounts. It should have never flown again. 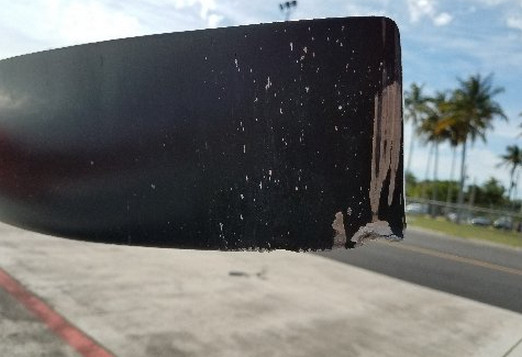 Looking at the prop, the engine will have to be completely torn down and rebuilt. It appears to have been a sudden engine stoppage. Rebuilding the engine is somewhere in the range of $20,000 to $30,000 to repair.” 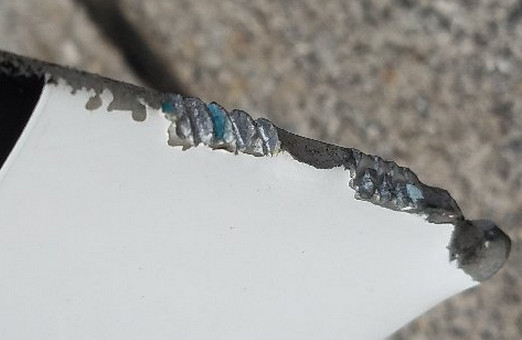 This isn’t the first time for the Florida Wing with cadet o’rides and blatant safety violations which endangered cadets’ lives. One source advised us that a senior member landed in Pahokee with less than 10 hours on a new engine after it had suffered a failure.

This incident changed CAP Regulation 60-1, which governs the CAP’s flight activities. “No longer can we operate a new engine on Cadet O’Rides.” A Cadet O’ride pilot recently performed no less than 3 rejected takeoffs without taxiing back to the end. The end result: the pilot skidded off the runway into the grass when it was evident the aircraft wasn’t going to clear the tall trees at the departure end. Another source advises, “We almost lost two cadets in Jacksonville when the husband of the former deputy chief of staff flew a similarly damaged aircraft from Fernandina to Jacksonville.”

It would appear the Florida Wing is headed for a serious incident that is going to result in the loss of life if steps are not taken very soon. Shoemaker is a retired captain with Delta Airlines. Obviously his skill and experience should have told him not to depart across inhospitable terrain, but to immediately ground himself and the airplane in Dade-Collier TNT. The failures didn’t stop there.

NOTF has learned that up until yesterday, Shoemaker was an active pilot in the Civil Air Patrol. No one bothered to suspend his flying privileges. NOTF further learned that the aircraft mentioned was not grounded in WMIRS – the official computer system for tracking missions, flight times and aircraft status.

A source told NOTF, “This is a gross failure of leadership which starts at Group 6 and extends all the way to the top. Had we performed like this on active duty, the Air Force would have sent us packing with no second chances. You don’t get a second chance when lives are involved.”

CAP Col Henry Irizarry is the outgoing Wing Commander. NOTF has learned that CAP Lt Col Luis Garcia was chosen by Maj Gen Vazquez, the CAP’s National Commander, as the incoming Wing Commander. After a brief review of the Wing Headquarters’ web page, NOTF has learned that Garcia is listed in several positions of leadership. Our military experience tells us we can’t do every job well. There is definitely a hole in the current leadership structure of the Florida Wing.

We hope the CAP will take notice before a loss of life results.

Read the bulletin on TCM Continental Engines: “PART I – PROPELLER STRIKE INCIDENTS. A propeller strike is: (1) any incident, whether or not the engine is operating, that requires repair to the propeller other than minor dressing of the blades as set forth in Part IB of this Service Bulletin or (2) any incident while the engine is operating in which the propeller makes contact with any object that results in a loss of engine RPM. Propeller strikes against the ground or any object, can cause engine and component damage even though the propeller may continue to rotate. This damage can result in catastrophic engine failure. A. PROPELLER STRIKE INSPECTIONS. Following any propeller strike complete disassembly and inspection of all rotating engine components is mandatory and must be accomplished prior to further operation. Inspect all engine accessories in accordance with the manufacturer’s instructions.

In addition to the engine component inspection requirements set forth in the appropriate overhaul manual, pay particular attention to the following areas while performing the specified non-destructive testing: 1. Crankshaft surfaces forward of the front main bearing journal. These surfaces must be free of sludge, paint or any other substance that could mask reliable magnetic particle inspection indications. 2. Forward crankcase bearing support and adjacent structure.

NOTE: In addition to any part that is damaged, TCM recommends for counterweight equipped engines, replacement of all counterweight pins, bushings, end plates and snap rings regardless of their condition.” For more information on prop strikes, visit http://www.certifiedengines.com/prop_strike.html.