[Editor’s Note: At the request of our readers, AuxBeacon is providing some information about this movie and deceased Civil Air Patrol member Barry Seal.]

Question: What’s the difference between a CAP pilot and a pig?
Answer: There’s just some things a pig won’t do.

Doug Liman’s American Made stars Tom Cruise as Barry Seal and Connor Trinneer as George W. Bush. Sarah Wright plays the character of Lucy Seal who, in the movie, represents Barry Seal’s second wife. The film has already been released in the United Kingdom and the critic reviews have been very positive for an exhausting ride of excitement, humor and true history lessons.

“American Made, is such a refreshing curveball. [Tom Cruise] is playing someone who only thinks he’s in control when, in fact, he’s constantly outwitted, overmatched, and a step or three behind. Cruise stars as pilot Barry Seal, who was recruited by the CIA in the ’70s and got swept up into some of the U.S. government’s shadiest covert shenanigans in the ’80s. He is a patsy who thinks he’s a patriot. When it all goes belly-up, everyone seems to know that he’ll be the fall guy — except him.” – Chris Nashawaty, Entertainment Weekly

“Cruise is as compelling as ever with charm to spare, and this is a ceaselessly entertaining, sometimes tense romp. Although it doesn’t dig much below the surface. There’s a thrill in knowing it’s real.” – Alex Godfrey, Empire

“Absent any subtext or deeper meaning, American Made is a rollicking entertainment featuring a terrific movie star performance from one of our defining would-be movie stars… The aerial footage is excellent, and there is plenty of gallows humor throughout (I’m fond of the film’s big plane crash and escape sequence), especially as the walls close in toward the end of the journey. American Made doesn’t explicitly contrast its cynicism to the military fetishism and nationalism that Top Gun helped propagate, but the comparison is impossible to miss considering both the star and the kind of character he plays.” -Scott Mendelson, Forbes

Drama, artistic license and the legal compromises required of Hollywood movies aside, the true story of Barry Seal is a frustrating and exhilarating read all on its own. The best biographical text on Seal is Barry and the Boys by Daniel Hopsicker. The third chapter of that book is titled Learning to Fly – The Civil Air Patrol Way. There are also free summaries from that same source and others available online. 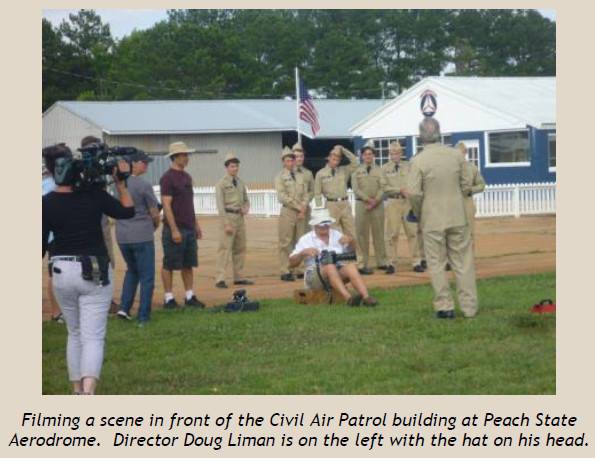 Civil Air Patrol featured in the original footage of American Made

As one AuxBeacon reader has observed in a comment below, the scene was shot to represent content from Learning to Fly the Civil Air Patrol Way a chapter in Daniel Hopsicker’s book Barry & The Boys. Civil Air Patrol leaders, noted for efforts at revisionist history, would not be pleased with making any contribution to a film that exposes US intelligence as indifferent to or inspired by Barry Seal’s drug running for the Medellín Cartel. The connections made to Civil Air Patrol’s David Ferrie and Lee Harvey Oswald would also not be appreciated.

Barry Seal was born in Baton Rouge, Louisiana in 1939 and was raised by a member of the Ku Klux Klan.

In 1952, teenager Barry Seal joined the Civil Air Patrol in Baton Rouge and soon participated in a joint training exercise with CAP’s New Orleans squadron where he met Lee Harvey Oswald and his flight instructor David Ferrie. Most Americans know that Oswald and Ferrie were both later implicated in the U.S. government recognized conspiracy to assassinate President John F. Kennedy. According to his third wife, Deborah “Debbie” Dubois Seal, “Barry Seal flew a getaway plane out of Dallas after JFK was killed.” Photographic evidence that came out in the early 1990s makes this claim entirely plausible.

Seal’s recruitment into the CIA likely began after he joined the Civil Air Patrol, through contacts with Clay Shaw and David Ferrie, but the first evidence is found in 1962 when he was in his early twenties. Seal joined the Special Forces Reserve in late 1962 and about a month later was photographed in a Mexico City nightclub sitting with CIA operative Porter Goss and the rest of Operation Forty, the special operation charged with assassinating Fidel Castro. 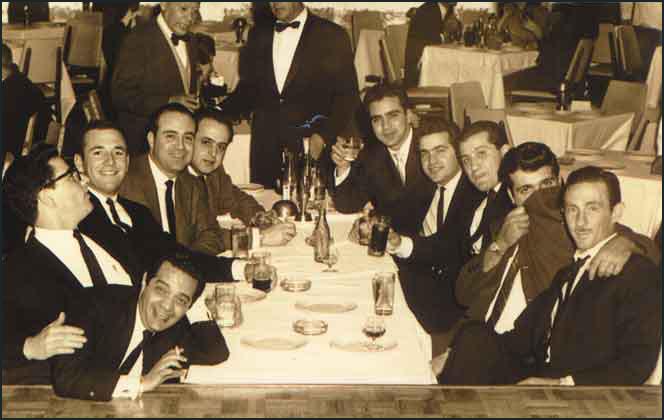 The above photo of the members of Operation 40 was discovered among keepsakes kept in the safe of Seal’s widow, Debbie Seal. It was apparently overlooked by a 7-man team from the US State Department which arrived at her house in 1995 to comb through her records.

Stamped January 22nd 1963, it bears the name of a nightclub in Mexico City and reveals a mixed group of apparent Cuban exiles, Italian wise guys, and square-jawed military intelligence types. Daniel Hopsicker uses it for the cover of his book.

On May 1st 1963, Seal was transferred to Company D of the 20th Special Forces Group, the company that was dispatched to Memphis on the same day as the assassination of Martin Luther King. When the Memphis Commercial Appeal conducted an investigation of the 20th, they found it composed of a highly unusual number of veterans of CIA assassination operations in Southeast Asia. The 20th was also said to have a domestic intelligence network run for them by the KKK.

In 1967, Seal started working for Trans World Airlines as a pilot, but was fired from TWA in 1972 after he was caught in Mexico with explosives that were supposedly on their way to anti-Castro Cubans.

Later in the 1970s, Seal had been coaxed into acting as a courier between Panama’s General Noriega and the CIA. According to Debbie Seal, her husband became involved in drug smuggling in 1975.

On December 10th 1979, Barry Seal and Steve Planta were arrested in Honduras, after arriving from Ecuador with 40 kilos of cocaine. Newspapers reported that $25 million worth of cocaine was confiscated and the men were charged with having 17 kilos of cocaine in their possession. Seal spent nine months in prison before being released without charge.

On and on the story goes all the way up to the Iran-Contra Affair and Seal’s murder on February 19th 1986 after Ronald Reagan exposed the photographs that Seal took of cartel members in a US television broadcast.

The Crazy-True Story That American Made Is About To Expose

On the matter of the character of Lucy Seal in the film, historical records show that Barry Seal had been married three times. He married Barbara Dodson in 1963, and the couple had two children before they divorced in 1971. Seal then married Lynn Ross in 1971, but they divorced a year later without having any children. Seal married Debbie Dubois in 1974.

In the fall of 2015, Lisa Seal Frigon, who was born of Barry Seal’s first marriage and now administers the estate, claimed in a lawsuit that her father’s third wife and three children born of that marriage sold Seal’s life story rights to the movie studio for $350,000 without court approval or the estate’s consent.

Three decades on, reports the DailyMail, Debbie Seal talks about her ongoing pain, reveals she forgives her husband’s killers and tells why she still seeks answers about the death.

“The authorities made him a sitting duck,” said the 64-year-old, fighting back tears. “It would have actually been more merciful if they had killed us all that day… I want to find out the truth about what happened to him.”